Pros and Cons of Flutter- Is It Suitable for Your Business? 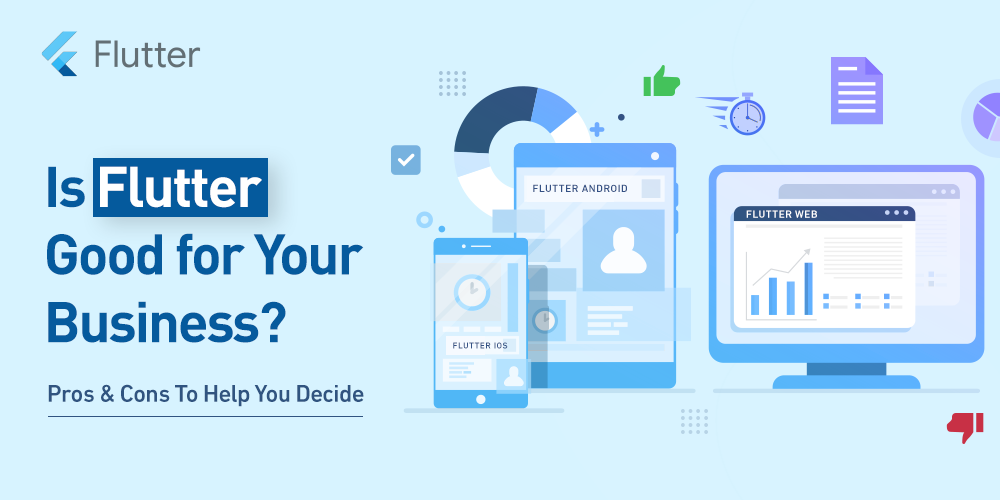 Flutter offers a single codebase for both iOS and Android platforms. It saves a lot of time of developers and you can get a customized app in a short time. When there is no need to write separate code for both platforms, you can assume that at least one-quarter of development time is saved. What’s more, developers have found it easier to write apps in Flutter as compared to native apps.

App developers can update the Flutter app for both the platforms at once thanks to the same codebase. As an entrepreneur, you find it difficult to bring updates for both your iOS and Android apps together because both platforms have a separate project. You may need to hire mobile app developers for separate platforms as well. But, in Flutter app development, you can get rid of these issues and come up with regular updates for both operating systems.

After publishing your app, your focus remains on expanding the user base. However, you need to maintain your app regularly and fixing bugs to retain the existing users for a long time. Your priority is to add new features periodically to attract more people. In native apps, you need to hire mobile app developers for separate platforms, whereas in Flutter app development you can hire just one developer to maintain and update the existing app. 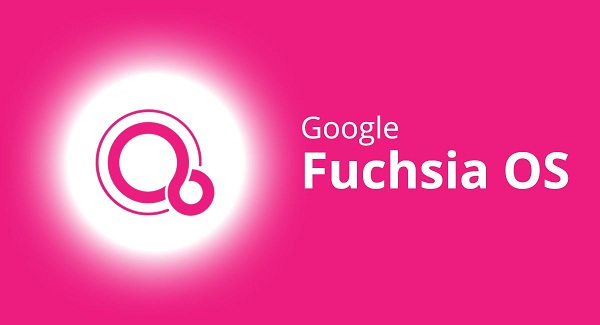 The search engine giant Google is actively working on its new operating system Fuchsia. Though we cannot mention much about this ambitious project at this point, speculations are on that Fuchsia will gradually replace Android. Now, Flutter is a native framework for Fuchsia apps. In other words, apps written in Flutter are ready to release on Fuchsia from the very first day. It can give you an edge over your peers as an early adopter.

Flutter has a built-in graphics engine called Skia to render the entire interface. Chrome, Sublime Text 3, and Firefox also use this well-optimized engine. It allows Flutter framework to work differently than other mobile app development platforms. Flutter developers can put efforts to recreate Material UI components for Android apps and Apple Design System element for iOS apps. In other words, Flutter facilitates the creation of customized UI elements to attract more people toward your app.

When it comes to writing views to different screen dimensions, Flutter has slightly an upper hand over iOS SDK. Flutter has a screen dimensions-ready layout system and declarative nature. If your app demands more animations then Flutter can be your choice because it is easier to make animations in Flutter as compared to its native counterparts Android and iOS app development.

As Flutter offers a single codebase for both Android and iOS applications, you need only one UI design based on Material Design principles or customized design elements based on the Android and iOS app solutions. Here it is fair to mention that the single UI design can also act as a disadvantage and we will cover it in the next section.

If you opt for Flutter app development, you are not alone! Companies like Alibaba and Google have already tested this platform in apps like Xianyu and Greentea. You may get astonished to find that Google maintains Flutter and you can trust it for building a seamlessly-performing cross-platform app for your business.

Related Reading- Which Cross-platform App Framework Should You Choose for the Next Project?

As a cross-platform framework, Flutter has some limitations. For example, if you want to make an app that follows Apple Design System on iPhones and Material Design on Android devices, it is better to hire mobile app developers for building native apps. Though Flutter enables developers to render different components of the screen, it is still difficult to bring a platform-specific look and feel in Flutter apps.

Flutter is relatively a new technology and just like other nascent technologies, Flutter is also at risk of discontinuation. Also, Flutter developers are less as compared to native iOS and Android app developers. But, as the community and technology will grow gradually, we can have more Flutter app developers. It is better to keep these points in mind while selecting Flutter.

Video player looks different than the same in the iOS platform. Therefore, Flutter developers need to make the video player for iOS users. Flutter has some limitations due to UI rendering nature as well. Various features of native platforms need to be recreated during Flutter app development. It can take more time of developers.

On one hand, the single codebase can reduce the app development time, and on the other hand, it brings some limitations in terms of feature integration and UI designing. You can get a single UI design for both Android and iOS platforms and at times, your iOS or Android app users may not find it interesting or appealing.

In today’s competitive business scenario, shorter development time can help you come up with a feature-rich business app quickly. In a way, you can get an advantage of reduced TTM (Time to Market) and early entry in the mobile app domain. Flutter has other benefits also that we have mentioned in pros. These are the reasons why the mobile app development company recommends Flutter to corporate clients.

At Semaphore, we assist you to hire mobile app developers to build reliable and robust enterprise apps. We have a team of dedicated developers who have a vast experience of developing apps across different industry verticals including BFSI, transport, eCommerce, manufacturing, healthcare, and hospitality. If you have an awesome app idea in mind, just let us know by sending an email at info@semaphore-software.com, and we’ll help you transform it into a stunning app.