Which Cross-platform App Framework Should You Choose for Next Project? 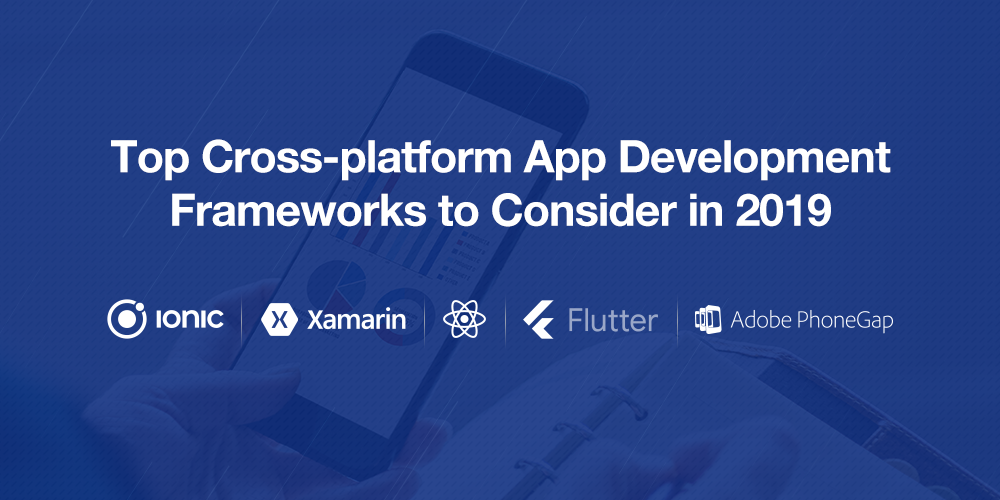 Mobile app development becomes a new norm of modern business. We have witnessed a surge in the number of apps across various app stores in recent years. A survey of SensorTower has predicted that Apple’s App Store will have five million apps by 2020, which is more than a double of its current size. Here, it is fair to mention that though native mobile apps are visually appealing and offer a seamless performance, its cost may not fit in the budget of startups and SMEs.

The cost factor has given rise to cross-platform mobile app development. It enables entrepreneurs to kill two birds with one stone. They can come up with a customized app in a short time and save big bucks in developing a feature-rich app for both Android and iOS platforms. Cross-platform app development gains popularity over the period and technological advancements have made it possible that we have many cross-platform tools are available in the market.

Before we move to where some of the highly popular frameworks stand in 2019 and beyond, let’s have a quick review of the pros and cons of cross-platform app development.

After having a brief idea on the pros and cons of cross-platform apps, let’s go through top five app frameworks so that you can select the most suitable one for your upcoming app project.

Also Read:- 5 Reasons to Select Ionic For Your Next Mobile App Development Project


Higher cost-efficiency and ROI are two major benefits of cross-platform apps. Cross-platform app development makes perfect sense especially for startups and small enterprises that want to get the advantage of a thriving mobile platform for expanding their business.

A robust, scalable, and engaging mobile app is all you need to expand your business across the world. We, at Semaphore, provide you end-to-end mobile app development services in a cost-effective way. We have in-house teams for development, maintenance, and marketing of your business app. Our focus on research and agile methodology can assist you to come up with a unique and user-friendly app. Feel free to contact us at info@semaphore-software.com for all your enterprise app needs.