Top Benefits of Xamarin App Development for Your Business 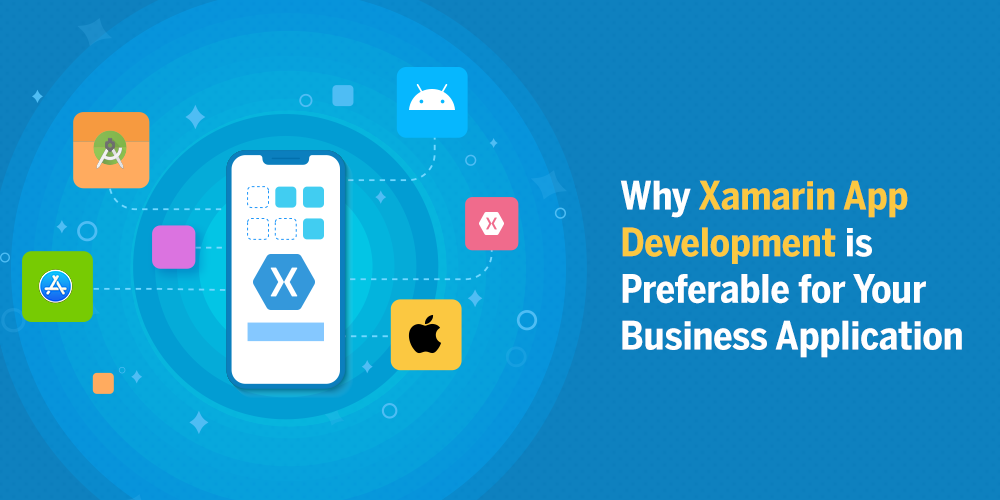 Xamarin is an open-source platform that enables companies to get cross-platform apps with native-like user experience. It enables mobile app developers to get the advantages of C# while facilitating reusing of the same API for different apps. With strong community support of more than 1.5 million developers worldwide, Xamarin app development has become a preferred choice of developers and entrepreneurs alike for building native cross-platform apps.

Let’s go through some key reasons to use Xamarin for your business app.

Major Reasons to Use Xamarin for Developing Cross-platform Business Apps

1. Xamarin has a huge collection of class libraries

3. It reduces time, effort, and cost of the app development

4. It offers cross-platform support for Android and iOS

5. It can include Objective-C, Java, and C++ libraries in the development process

Simply put, when you hire Xamarin developers, you can have an advantage of various programming languages to build high-quality applications. Xamarin is a robust framework with some major components like Xamarin Forms, Xamarin.iOS, Xamarin. Android, Xamarin Test Cloud, Platform SDKs, and DevOps Support Tool. What makes Xamarin highly useful for startups and small enterprises is the platform is simple yet scalable. Over 15000 companies have put trust in Xamarin app development to date. Some of the top companies like Bosch, Siemens, and Pinterest have their apps run on the Xamarin framework.

Now it’s time to make a list of Xamarin advantages or pros of the Xamarin cross-platform framework.

When it comes to Xamarin app development, the framework offers a shared codebase to reduce the development time and effort significantly. The framework facilitates developers to code the application logic like database interactions and backend enterprise integration only once in C# language. Xamarin app developers can share over 75% of the code across multiple OS. It not only saves their time but also helps them reduce the number of bugs during development.

Large enterprise applications can get the benefit of shared app logic and run seamlessly across various devices and platforms.

Though native apps have upper hand over their cross-platform counterparts in the User Experience (UX), Xamarin app development is a powerful way to tackle the situation. Xamarin apps offer a native-like app performance with the help of Xamarin Forms. Here the UI (User Interface) is rendered with native controls and allows the user to get a pleasant native experience. Xamarin also possesses UI design environments for Xamarin Studio and Visual Studio to provide specialized UI and UX tools.

• Same APIs for All Platforms

When you hire Xamarin developers, they can combine the same APIs and UI controls for developing Android, iOS, and Mac apps in their specific languages Java, Swift, and Objective-C respectively. Xamarin also offers a unique binding approach for integrating new features. In a way, developers can readily introduce new features into a particular operating system of various devices.

Faster or Rapid Mobile App Development (RMAD) is one of the biggest benefits of Xamarin app development. It is fair to mention that this is the biggest reason why businesses opt for Xamarin for developing cross-platform apps. Xamarin facilitates app developers to accomplish the project faster with less effort. It results in reduced cost as compared to other app development platforms. Xamarin-based apps can also satisfy your complex business needs by offering a native experience across multiple devices and platforms without affecting the performance.

The Xamarin framework can simplify app maintenance requirements. Whenever you need to update the app or want to introduce changes, you can simply hire Xamarin developers. They can easily deploy changes to the source code and make your app ready for all the platforms. What’s more, the shared codebase of the Xamarin framework restricts the number of bugs while developing apps. Developers can easily fix bugs across different platforms. In a way, Xamarin apps are easy-to-maintain for companies.

Xamarin app development is highly cost-effective. Let’s take an example of taxi app development. Now, if you want to come up with a native app, you need to write and design two separate applications for Android and iOS. But, using Xamarin, you need to build a base for these platforms and integrate features based on the physical capabilities of various devices like the file system and geolocalization. In a way, you can save up to 60% in your total app development budget.

Though Xamarin offers many benefits, it has some downsides also like Xamarin app file size needs to be adjusted, and some delay in making apps compatible with the latest platform updates. The platform has also finite or limited access to open source libraries. However, these downsides are manageable and the Xamarin framework can offer customized themes and UI controls to develop an excellent business app.

Over the period, Xamarin app development has gained popularity in the world. Though various cross-platform app development frameworks are available, Xamarin has maintained its class by offering many compelling benefits for developers and entrepreneurs. However, it is better to consult a reputed mobile app development company to choose between native and cross-platform app because this decision is based on multiple factors like your business needs, market trends, and user expectations.