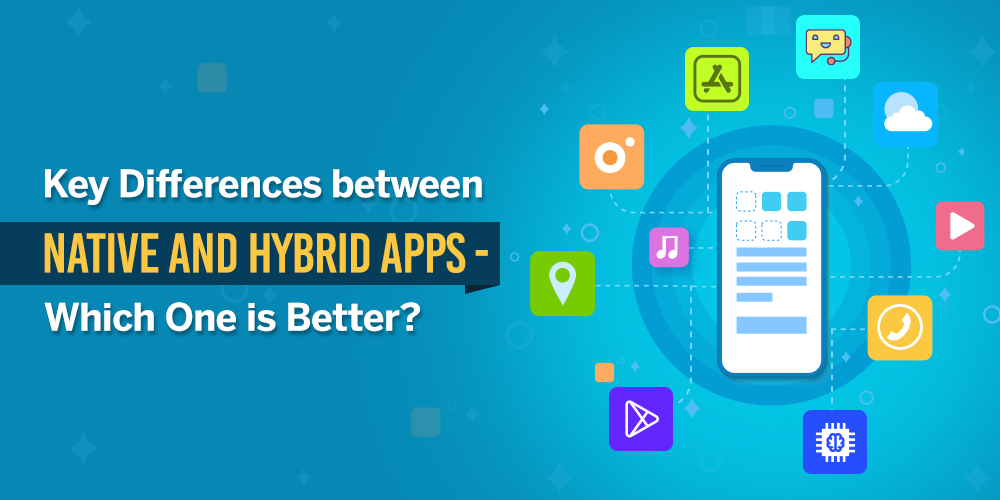 Some years back, entrepreneurs had only two choices if they wanted to launch a business app. Native app development allowed them either to go with an Android app or an iOS app. Then technology has evolved significantly and cross-platform app development tools were invented. These cross-platform or hybrid apps can run seamlessly across both Android and iOS platforms.

Today, some of these tools like Xamarin, React Native, and Ionic are so powerful and efficient that they can build hybrid apps with a native look-and-feel. Hybrid apps have opened the doors of opportunities for startups and SMEs because these apps need less development time and cost as compared to native apps. Hybrid app development is a viable and reliable option in the hands of entrepreneurs who want to boost their business without spending a fortune.

In this blog, we will go through the pros and cons of both hybrid and native apps. We will also compare both these approaches so that you can select the most suitable one for your first app project. Let’s start with native app development.

Java and Kotlin are two languages to build customized Android apps for your business. Though Java was initially used for developing desktop apps and web development, Android has made it an official language. But then, apps built on Java need more memory and run slower than other frameworks. Therefore, Google has approved Kotlin as another official language to develop Android apps. Kotlin has a type interface that significantly reduces the development time for Android apps.

b. Advantages of Native App Development

Excellent Performance- Native apps are fast to load and perform seamlessly on a particular platform.

Data Security- Various security features can be added in a native app to make it safe for data access and sharing. Native apps can provide higher safety than hybrid apps when it comes to online transactions. 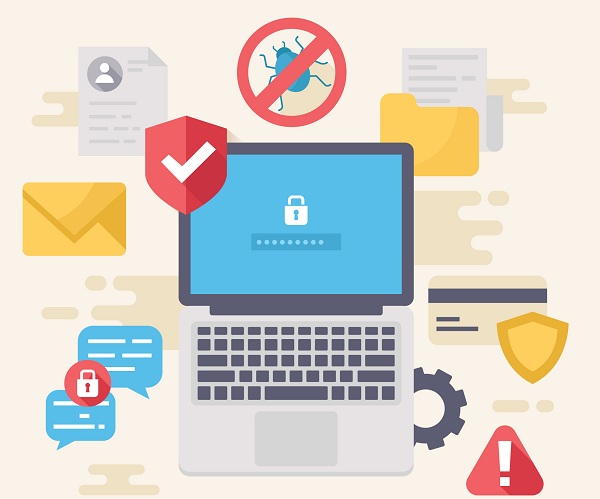 Better Functionality- The native app can be easily integrated with an existing system or network and provide better functionality as compared to hybrid apps.

Rich UX- With a seamless performance and appealing UI, a native app offers a rich user experience. Your customers will certainly like it.

Time and Money-consuming- Native apps take more time as compared to hybrid apps due to complexity. What’s more, the testing process is also long in the case of native app development.

Maintenance issues- As native apps are expensive, it is possible that budget limitations may restrict companies to come up with an updated version of the existing app. As a result, some of the features do not work properly in the user’s smartphone with the latest Android or iOS version.

React Native- This is a Facebook-supported open-source framework for developing cross-platform apps. It is highly useful for developing apps in a short time.

Ionic- It is a robust platform to build mobile applications by using web technologies like JavaScript, CSS, HTML, and Angular.

b. Advantages of Hybrid App Development

Rapid development- Thanks to single code base, hybrid apps can be developed rapidly. This is the reason why these apps swiftly gain ground in the corporate sector. There is no need to write the separate code for iOS and Android in this development process.

Lower development cost- As compared to native apps, hybrid apps are more cost-effective. It is because you need only one app for multiple platforms. What’s more, faster development process and easy maintenance also contribute in reducing overall cost. 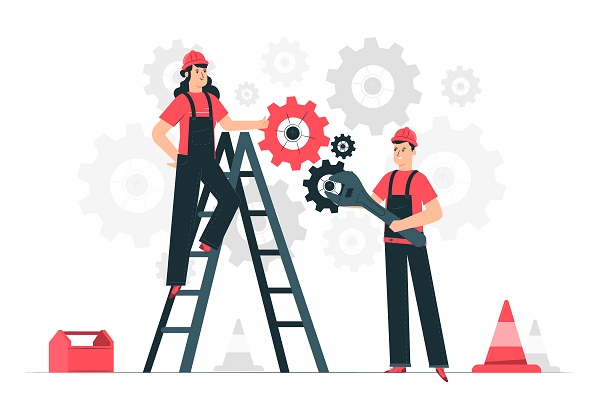 Limited customization- Cross-platform apps are largely dependent on plugins. At times, it is possible that a feature or two may not compatible with the latest version of either iOS or Android. In such a situation, the hybrid app lags behind than its Android counterpart.

Internet access- Hybrid apps just do not work in an offline mode. The cross-platform frameworks need the Internet access on a continuous basis. Your app users may not use some of the features in absence of the Internet.

Here is a table that summarizes the key differences between native and hybrid apps.

Which One Should You Prefer?

Choosing a hybrid app is a better decision in today’s competitive business scenario. Startups and SMEs can give their business a mobility advantage at relatively less cost with hybrid app development. Initially, apps of small and mid-size companies do not get a high amount of web traffic. Also, they are simple and free from any complex animations or graphics. In such a situation, hybrid apps work wonders and companies can get a favorable outcome from both major platforms. Simply put, if the budget does not permit you for native apps, your next best option is hybrid apps.

Native app development is for large enterprises or startups that have targeted audiences with a particular set of functions. Business apps with complex animations or calculations and having complicated interrelationship of features should be built on native platform for rich user experience. Robust, enterprise-grade apps for large companies are usually free from any bugs and performance problems. These are the main characteristics of native apps. In brief, if you are fine with more development time and cost, then native apps is your perfect option.

Are you still confused between native and hybrid apps? Well, you can contact us anytime just by sending an email at info@semaphore-software.com. Our expert consultants will get back to you with an excellent solution.