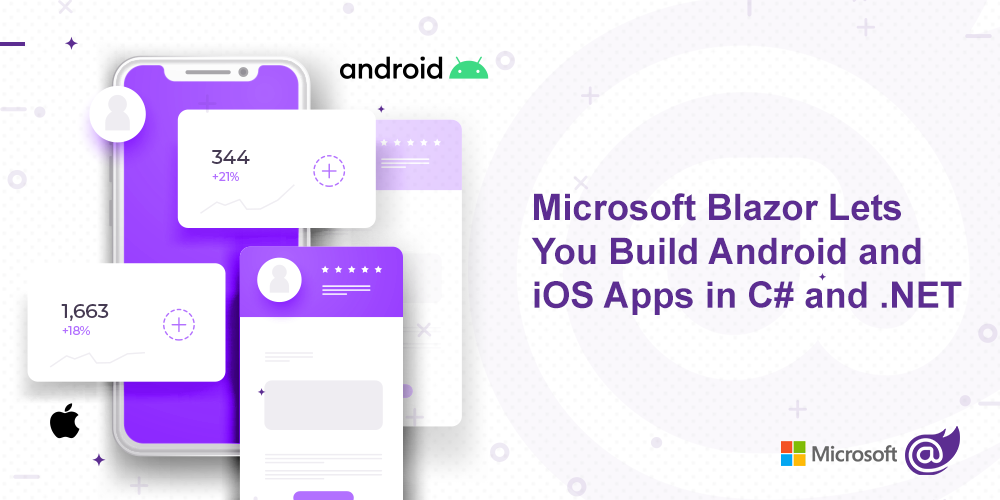 Blazor framework came in 2017 as an experiment to host the .NET runtime in the browser by compiling .NET to WebAssembly. The name Blazor is taken from Razor, the syntax used to combine HTML with C# in ASP.NET for creating a dynamic web page. As a contrast to Razor, the Microsoft Blazor enables web developers to execute the C# code in the browser instead of the server.

The evolution of Blazor began in the year 2018 when Microsoft made it an official part of ASP.NET Core. Blazor was also extended with Blazor Server that facilitates the web developers to run .NET code on the server and communicate with the UI in the browser. Here, Blazor uses SignalR real-time messaging to develop a UI (User Interface) using C# instead of JavaScript.

However, instead of XAML of Xamarin, the Blazor uses Razor syntax to define the UI. However, the code for Mobile Blazor is still in the nascent and experimental phase, so native app development is yet to get its assured benefit and general availability. It is interesting to note that the Blazor is different from the technology like Apache Cordova because the Blazor uses web programming patterns whereas Apache Cordova uses web browser components for developing native-like mobile apps.

Web Assembly is equipped with all major browsers. It can reuse .NET components and utilize Microsoft tooling and debugging. Developers can build rich front-end applications by using C#. This method is good for developing low latency applications like games. If app developers do not find it necessary, they can skip communication with a server. The application can be run offline after downloading from the browser.

Right now, the production-ready part of Blazor is Blazor Server. Blazor Web Assembly will be completed in May 2020. We can expect that there will be a Blazor-based variant for developing web applications, desktop applications, and mobile applications in a couple of years.

Microsoft has outlined its vision in the .NET Conf 2019 to cover the full spectrum of apps in Blazor. From server-based web apps to PWAs and hybrid .NET apps to native mobile apps- it is interesting to see how Microsoft Blazor enables web developers to come up with seamlessly-performing apps for modern businesses.