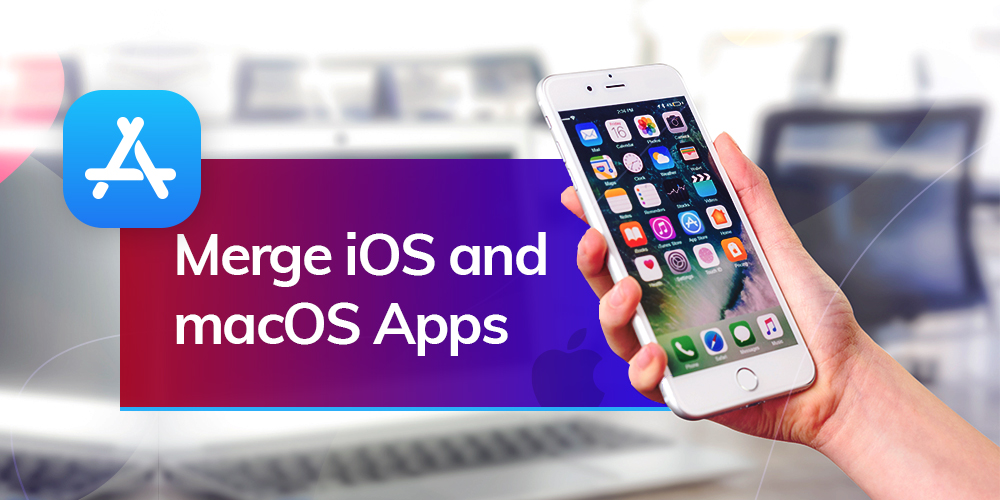 Since the launch of the first iPhone in the year 2007, Apple has kept it’s focus on innovation and performance. As per the latest report of Bloomberg, the Cupertino Company is planning to bring revolutionary changes in iOS app development services by bringing unification in apps. In other words, the company is going to make the developer’s life easy by merging the iPhone, iPad, and Mac apps.

Why merger is on the cards

Apple Inc. has decided to merge iOS and macOS apps into one by 2021, as per the Bloomberg report. This initiative is codenamed as ‘Marzipan’, and it is aimed at encouraging app development and increasing the App Store revenue. It will enable iOS and macOS app developers to build an app once and it will work on all Apple devices -iPhone, iPad, and MacBooks.

If we believe rumors, Apple wants to replace Intel chips with its own Mac chips in the MacBooks by 2020. The merger plan is considered as an exercise to favor the transition of chips. Also, this merger will increase the utility of various Apple gadgets in the coming time.

Apple is also said to be working on a new Software Development Kit (SDK) to allow developers to port iPad apps to Mac computers. Bloomberg has predicted its launch in June this year at Apple’s annual developer conference, also known as WWDC.

As per the merger plan, the iOS app developers have to submit separate app versions to iOS and Mac App stores without writing the software code twice. The upcoming SDK kit will make this possible. It is interesting to mention the impact of this merger plan on iOS app development services.

How the possible merger will impact iOS app development services

Apple has kept on denying the possibilities of merging iOS and macOS into a universal OS for all its devices. The company has directed iOS app development services to build software or apps compatible with both iOS and macOS platforms instead. Now, as the merger is about to happen, the iOS app developers can submit their iPad apps to macOS later this year using the new SDK.

Also Read: Why You should Opt Minimal UI Design for Making iOS App

What does the merger mean for iPhone app development company

It is said that the upcoming SDK will enable the iPhone app developers to convert their apps into Mac apps by 2020. Apple’s engineers find this task challenging because of the vast difference in screen size between iPhones and MacBooks. Simply put, if the merger happens, the iPhone app development company will offer a single app, which will seamlessly run across all Apple devices. The corporate clients can save big money on developing a separate app for macOS as there will be a need for submitting just one app for iPhone, iPad, and Mac.

Though Apple has made a roadmap for the merger of iOS and macOS apps apparently, we cannot deny the possibility of altering this plan. However, it is fair to mention that the growing popularity and penetration of iOS devices across the world makes the case for Apple to offer compatible software for both mobile and desktop platforms.

Semaphore is a leading iPhone app development company in India and USA. Our team of expert app developers can build awesome app solutions across different industry verticals while keeping the end users in mind. Contact us today to hire dedicated developers for web, mobile, cloud, IoT and other emerging technologies.