What are the top Android Mobile App Development Trends to look for in 2016? 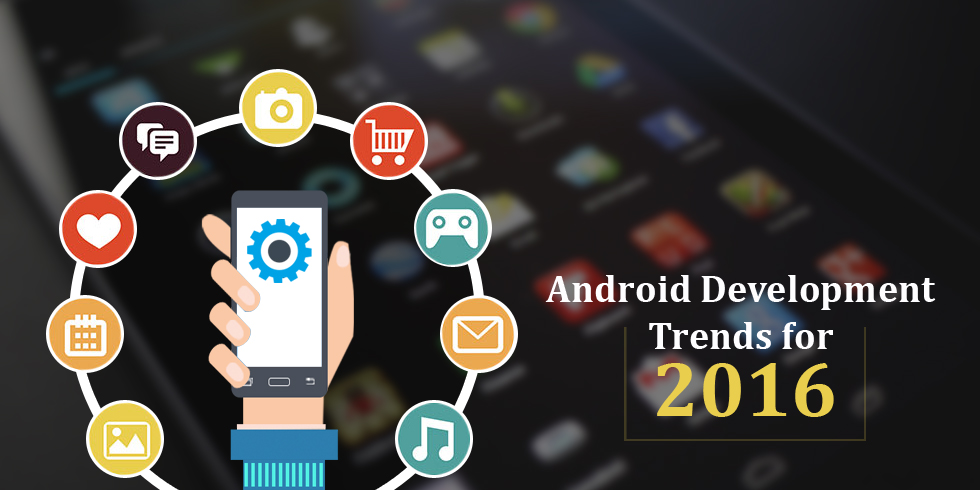 Cell phones have come a long way. It has been a long and exciting journey from the time when Marty Cooper of Motorola made the first mobile phone call in the ‘80s to 2016 when cell phones mean smartphones and apps. Today smartphones are primarily run on two platforms – iOS and Android. While iOS continues to have a niche market share, it is Android that is actually spearheading a revolution. As per statistics, Android enjoys 82.8% market share of the global mobile operating system, and there are more than 1.4 billion Android users in the world. In such a market scenario, the obvious question we need to ask is – what will be the ruling trends in Android development for the remaining half of 2016.

Some of the trends that promise only to improve Android are as follows:

The Android marketplace is loaded with apps, and there is stiff competition. All Android app development services are trying out every trick in the book to remain at the top. This year, satisfying customer needs will be one of the top trends in Android development. Enhancing user experience by making apps simple, clean and loaded with exciting features will be one of the top goals. The reason why app developers will focus more on user experience is because the improved experience will directly translate to increased use of the app.

Increased Use of Augmented Reality

The biggest thing to hit smartphone users (both iPhone and Android) in July 2016 was Pokémon Go. The free-to-play augmented reality game has in a short time captured the attention of thousands. The success of Pokémon Go proves that the latter half of 2016 is going to be all about augmented reality and GPS technology. The fact that Android is an easy option for AR developers, there will be an increased investment in these emerging technologies.

Shortly smartphones will increasingly be used for online transactions, online shopping and cloud computing. Android is poised to lead the way, but the one way that’s hampering its path is security. In the first half of 2016, we have already seen an increased stress on security, and this will continue for the rest of the year as well. There are still several issues that make security on Android a dicey issue, such as malicious software entering Google Play and poor encryption. In the coming days, we can expect developers to increase data protection rules and find ways to create a separate workspace for business apps.

One of the primary reasons why Android enjoys such a large market share is the easy availability of free apps. After all who wants to pay for something that can be enjoyed free? Developers are likely to walk on this thought this year as well and work on developing free apps. Monetizing through apps will continue to be an issue, but the focus will be on increasing revenue through in-app advertisement and not on apps themselves. The Android app development market is not yet saturated, and that’s why you can still make a mark in the market. All you need is the support of a reliable Android development company in India, such as Semaphore Software. Write to us at info@semaphore-software.com to know more about our services.