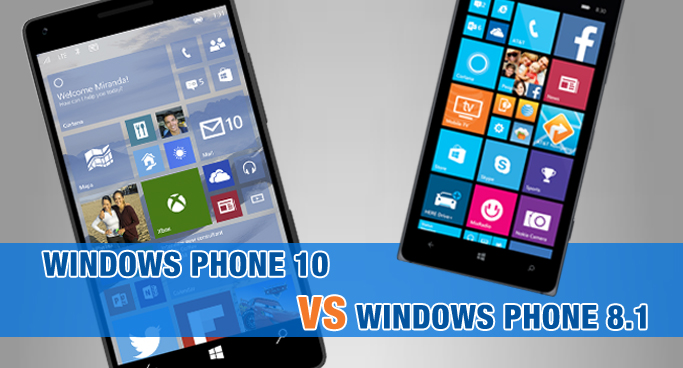 Microsoft is expected to release Windows 10 by the end of this July. With Microsoft’s new OS just a matter of months away, let’s look at how the Windows 10 for Phones preview compares with Windows Phone 8.1.

Windows 10 aims to give unified experience to users across all the devices including Desktops, Laptops, Smartphone’s and Tablets. Microsoft has tried to merge the Windows platforms, which was absent in Windows Phone 8.1. Various functionalities that were introduced in Window 8.1 like the Action Center, notifications drop-down and Windows “brain”, will now sync with the Windows 10 of your desktop, allowing you to read mails, receive invites or messages and read them simultaneously on different platforms. The same has been incorporated in the messaging apps too, allowing you to chat through your Smartphone’s even while working with your Laptop, without any third party app!

Windows 8.1 had allowed customizing your background, which showed up inside the Live Tiles. Though it was useful to many users who loved to customize to get a new look of their Home Screen, the problem was that these backgrounds made the content of the tiles illegible sometimes. With Windows 10, the background is put across the whole screen; the Live Tiles turn transparent and show up more in the background. This is just similar to the backgrounds on iPhone or Android. There are also new sections for recently installed and recently updated apps, helping you manage your apps in an easier way. 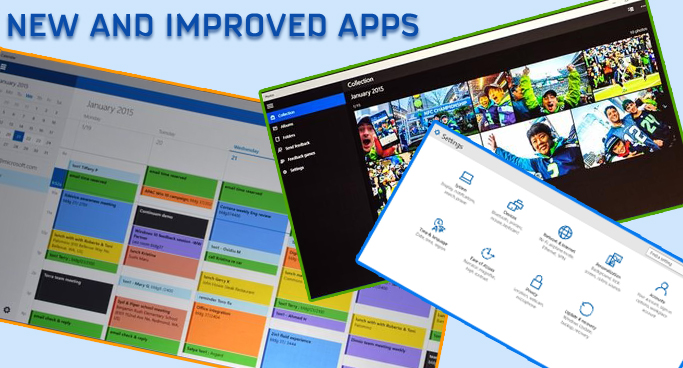 In Windows 8.1, you could only tap a microphone icon from the on-screen keyboard for messaging, email and Cortana searching, but with Window Phone 10, you will be able to speak to almost every text-entry field. Your words will show up as you speak them and this feature will easily identify the use of words with similar sound words like ‘two’ and ‘too’.

The existing Action Center in Windows Phone 8.1 allows only four slots for settings, in Windows 10 for phones, six more quick setting has been added. A major change in Action Center is that the notifications have been made interactive. For example you can dismiss an alarm or even reply to a text directly within the notification. The same holds for pop-down alerts where you can directly reply within the alert. These differences are just based on the technical preview of Windows 10 on Phones. There might be some changes in the upcoming months before the final build is released. However, the chances of some major or dramatic changes are also quite less. The plethora of new and improved features going to be introduced in Windows 10 for phones will definitely attract new users and also give an enhanced experience to the current Windows Phone 8.1 users! Semaphore Software holds rich experience in Windows Phone app Development including the Universal apps for Windows 8.1. Our Windows App developers are continuously updating themselves with new the tools and technology to build dynamic apps for Windows Phone 10 platform as well! Get in touch with us through info@semaphore-software.com to avail the benefits of our comprehensive Windows Phone app development services!!