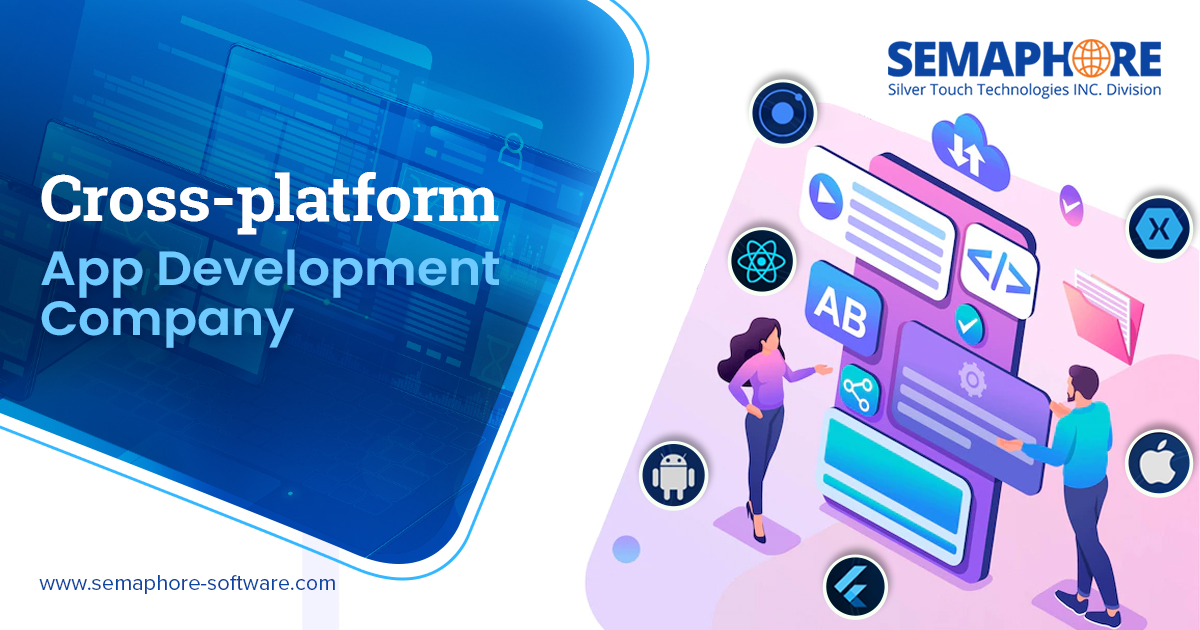 Mobility and automation are the need of the hour for modern enterprises. But then, many startups and even SMEs may not be in a position to spend a small fortune on developing a native app for Android or iOS in the post-pandemic period. Here, cross-platform app development lends a helping hand. It enables entrepreneurs to get the business apps that can seamlessly run on Android, iOS, and other major platforms.

In this blog, we are going to discuss the top cross-platform app development frameworks. But, before moving ahead, let us have some interesting facts.

Facts You May Like to Know About Cross-platform Apps

There is no exaggeration in mentioning that cross-platform apps can play a game-changer role in modern enterprises. From cost savings to reduced time to market (TTM) and higher penetration to easy customization, cross-platform apps offer many advantages to entrepreneurs. However, as technology advances rapidly, it is difficult to find the right cross-platform app development framework to meet the project requirements and leverage these benefits.

Today, we have over 1 billion iOS users and more than 2.5 billion Android users worldwide. With a feature-rich cross-platform app, you can get a much deeper market penetration as both Android phones and iPhone users can easily download and use them from anywhere. In this competitive era, you just cannot lose out on either Android or iOS, and therefore, a cross-platform app can be the best and highly cost-effective option for your company.

What Future Holds for Cross-platform Apps?

From Skype to Instagram, and Pinterest to The New York Times, many cross-platform apps have set new milestones of popularity these days. The future of cross-platform apps seems promising as globally more entrepreneurs strive to engage users by offering them the best mobile app experience possible.

As per the Statista report, the following are the highly popular cross-platform app development platforms between the years 2019 to 2021. 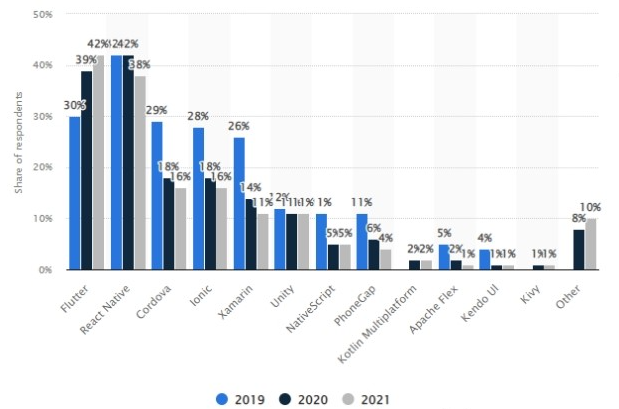 As of December 2021, over 90,000 Flutter apps were available on Google Play Store, up from 50,000 in the year 2020. This massive jump shows the exponential increase in Flutter’s popularity. Flutter app development has already become a trending word in the corporate world. As per the Statista survey, 42 percent of software developers used Flutter in the year 2021. Google said in April 2020 that 500,000 developers use Flutter every month. The number is certainly gone up in 2022, with 10% month-on-month (MoM) growth in March.

Why do People Prefer Flutter Apps? 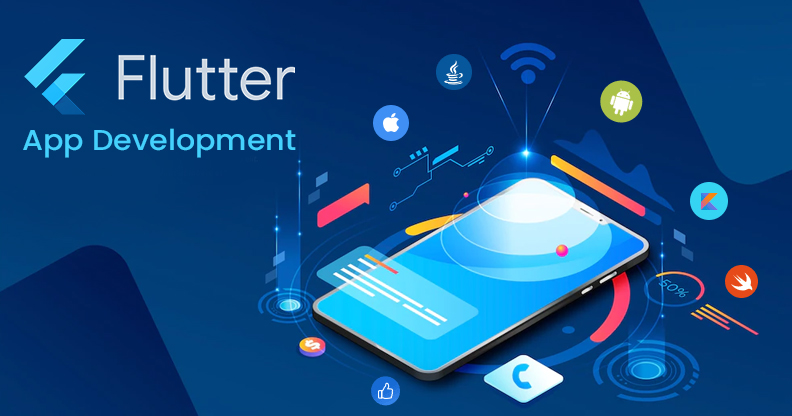 Google, Groupon, eBay, Alibaba, BMW, Uber, etc. are some of the most popular Flutter apps. People specifically like Flutter apps for several reasons. These apps have excellent performance. Flutter uses JavaScript Bridge for initializing screens so that app users find them to appear smoothly. This is specifically useful for eCommerce apps. What’s more, out-of-the-box solutions and many widgets make Flutter apps rich in features and user-friendly.

As an open-source mobile UI framework, Flutter facilitates developers to start developing their app with just one codebase and creating native UI for every platform. In a way, Flutter app development offers an app that exactly looks and feels like a native app with high performance at half the cost of a native app. It is supported and managed by the Google developers team.

Here are the most important characteristics of the Flutter framework that stand it apart and by using them, developers can build apps for desktops, smartphones, tablets, smart TVs, and even wearables.

The next highly popular cross-platform app development framework is React Native. It started off as an internal hackathon project to build Facebook products. Today, this interesting framework is managed by Facebook and its engineers have decided to open source it. Today, as many as 38 percent of developers are using React Native globally. Apart from FaceBook, Microsoft has counted upon React Native in development projects.

React Native is a JavaScript-based mobile app development framework with a modest learning curve. Any developer with a JavaScript background can easily learn React Native because it is essentially a JavaScript library. When you hire React Native developers, they can reuse the code because its larger chunk is common and developers need to write some parts specific to the platform. It enables them to customize the app for a specific platform. 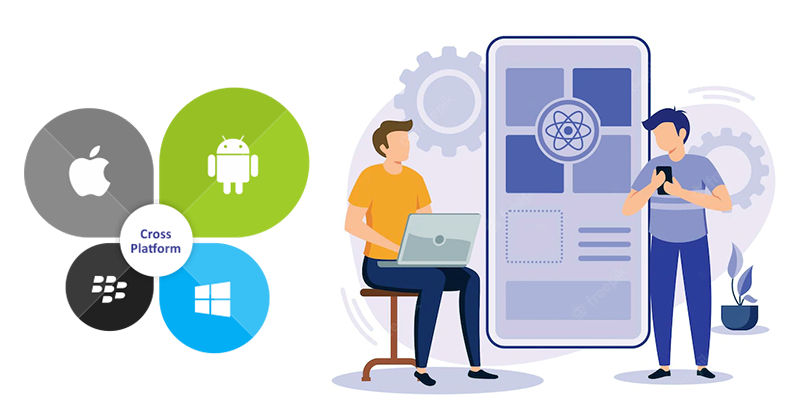 React Native offers reliable and agile applications that can serve a dynamic mobile ecosystem. Also, React Native apps are highly customisable for including necessary features and functionality as the business grows.

Whether you own a startup or a large enterprise, the Ionic framework is capable of making robust apps irrespective of the industry sector. As per the official survey, as much as 10 percent of all apps on the Apple App Store and 16 percent of all apps on the Google Play store are powered by Ionic. Though Flutter and React Native are highly popular frameworks, Ionic has gained ground quickly among developers and entrepreneurs alike after launching in the year 2011.

You can hire Ionic developers to build hybrid apps that closely resemble native apps in look and feel. The framework is based on Angular JS and other prominent web technologies including HTML, CSS, and JavaScript to build enterprise apps, PWAs (Progressive Web Apps), mobile apps, and desktop apps. Ready-to-use components are among the top aspect of Ionic.

Why do People Prefer Ionic Apps? 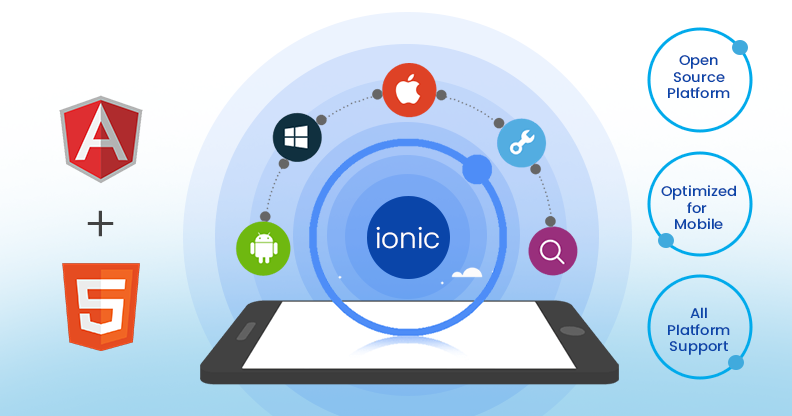 Ionic is an open-source UI toolkit with the ability to use tens of hundreds of APIs, various plugins to support native features, customize code for different platforms, and a thriving community. As a result, Ionic apps remain highly user-friendly and customizable. Apart from having a native-like look and feel, Ionic apps can be easily modified in line with changing business needs.

Xamarin was launched as a streamlined, independent, and open-source, cross-platform framework that was launched in 2011. Xamarin app development is useful in developing apps for Android, iOS, Windows, and other platforms. Xamarin developers can reuse up to 90 percent of code with Xamarin. It can significantly reduce the development cost and time to market. As a result, your company can get a massive edge over competitors.

As a framework, Xamarin is easier as compared to Flutter and React Native frameworks. Anyone with the knowledge of .net and C# can easily learn Xamarin. Also, it is easy to link Xamarin with native libraries so that developers can easily customize the app and give it native functionality.

Why do People Prefer Xamarin Apps? 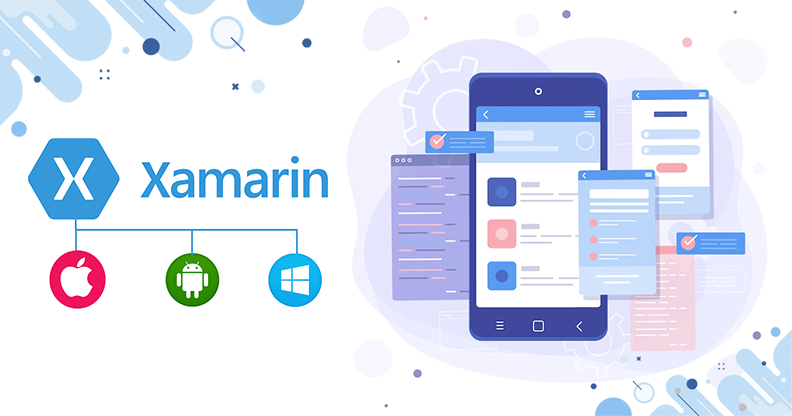 Higher device compatibility and smooth performance are some of the top reasons why people prefer Xamarin apps. Also, these apps have fewer platform-specific features so they are free from OS-specific restrictions. Other benefits of Xamarin app development include cloud storage support, offline mode, and social integrations.

Xamarin framework is capable of developing future-ready enterprise mobility solutions. Olo, Storyo, etc. are some of the most popular Xamarin-powered apps. It is one of the earliest players in the cross-platform development domain. Developed back in 2005 and acquired by Adobe in 2011, PhoneGap has lost popularity significantly as compared to the other four players. Adobe has also discontinued support for PhoneGap as of October 2020, so developers will not receive any further updates in this framework. It is, therefore, advisable to choose from the above-mentioned platform for building feature-rich enterprise apps in the year 2022 and beyond.

In a nutshell, choosing the most suitable cross-platform app development framework for your project is a bit difficult task. You can consider the two most popular options Flutter and React Native followed by the other three options Ionic, Xamarin, and PhoneGap. With cross-platform apps, you can get higher market penetration and bring automation in major processes in a cost-effective way. Therefore, these apps are here to stay for a long time.