Getting Started with Swift Programming for iOS8 Developers 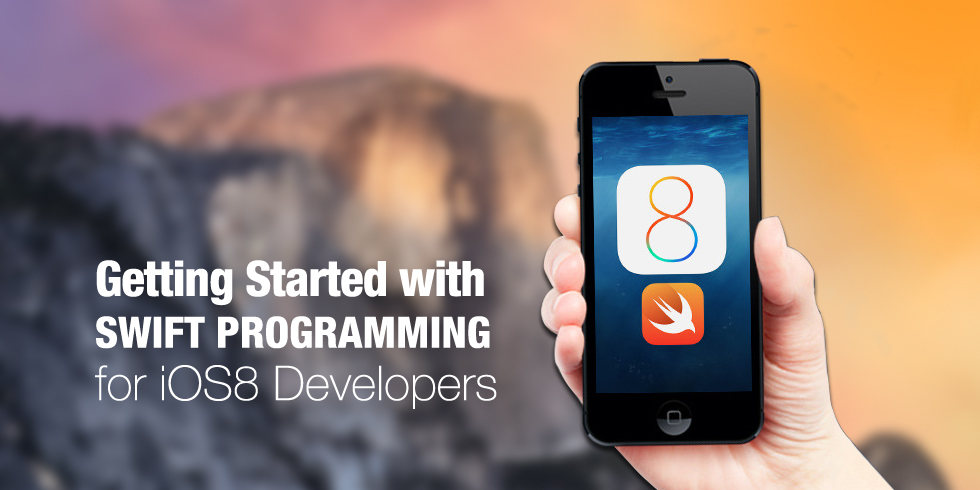 Swift, a programming language specifically developed for iOS8. This code is pretty interactive, syntax concise and the apps created on this platform are an absolute delight. The main reason for this remains the fact that Swift runs alongside Objective-C. Here you will be introduced to some of the basic coding methods of Swift that will enable you to develop apps. This is just the first step towards programming with Swift.

When you are assigning variables with Swift, you are actually assigning dynamic values, which means the values can change dynamically. The prefix var is used to declare a variable, which then informs the Xcode about this declaration. You use Camel Case in order to declare variables with Swift. For example, you want to assign a variable that would reference your age on a particular day You will need to create an explicit variable when you are declaring a variable on this programming language. You will also need to declare the variable type for this variable i.e. integer, string etc. You can assign an initiation value to the code so as to let the variable know where to start from. The dynamic changes would take the assigned value as the initial point.

With this feature, you can easily assign a variable or a constant to the string. This will indicate whether a string can be modified or not.

When programming with Swift variable types play an important role. If you are declaring integers, you should know that they are whole numbers i.e. they can be positive as well as negative. Floats are basically integers with decimal places. You will need to specify the variable type as float and assign a value to it when declaring variables. Strings are basically collection of ordered characters The other type of variables are Boolean which when declared will return either true or false as the value. Here is how you will assign the Boolean variable Here the variable name is isUserLoggedIn The final variable type that you can declare in Swift programming is a constant. Declaring a constant variable type differs slightly from the way you declare the other variable types let dateOfBirth: Int = 12011988 Here dataofbirth is the variable If you don’t use let, you may face an error

The method mentioned above to declare the variables in one way that Swift agrees to. However that is not the only best practice available in this interface. Here is another method of declaring the different variables in Swift

With this technique two strings can be joint together. Here is how you can perform the same using Swift var firstName = “iOS” var lastName = ” Blog” var fullName = “” // Blank but initialized fullName = firstName + lastName // This outputs iOS Blog

An array is basically a way in which the many variables are placed together. Each value here is assigned an index value, and most arrays start from 0. Using .append command, you can modify the arrays With this information on how to use the commands, you can get started with Swift. This is just the basic introduction into this subject. We will surely introduce you to creating your first app with Swift in the coming week. Semaphore Software has expertise and experience in Mobile app development. Get in touch with us via info@semaphore-software.com .