Reasons Why You Should Consider Microsoft Stack for App Development 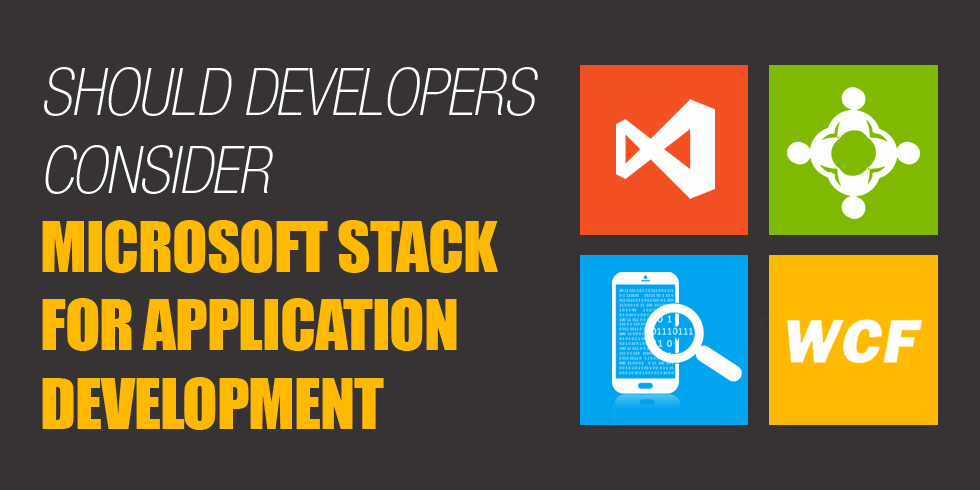 In a world where the life of a framework is short, .Net comes as a grand old warhorse that refuses to die down. Technologies have come and gone, but .Net is still going strong even after a decade. All that can be said about this framework is that it has evolved with time and it isn’t surprising to still find apps that are 100% .Net managed. While in the past the framework was rigid, with the introduction of ASP .Net you have the freedom to develop applications as you want to. The system has opened the gates for non-windows users, which confirms the start of a new open-ended policy.

The Community Is Always There to Support

Term it as a benefit of legacy or whatever you may say but the possibilities of you encountering a bug that hasn’t been unearthed before are remote. What does this mean for a developer? There are fewer chances that you would get struck with an obstacle and not find answers to your problems on the Internet. There is always someone who has been there and done it before. The developers’ community boasts of thousands of people and they would always be there for you to overcome ‘insurmountable’ obstacles.

The Choice between Web API and WCF

How many frameworks would offer you the choice between a simple, and a powerful way to develop apps? Not many we suppose! Microsoft offers web APIs combined with powerful Windows Communication Foundation to ensure flexible and powerful apps. When you want to develop an app that is out-of-the-box and needs great amounts of customization, WCF would be the way to go about it. For more text book apps, you can always rely on easy-to-use Web APIs.

Test Apps without A Hitch

Testing is one of the most important parts of development and yet it is surprising to note how complex application development frameworks have made this important task. This is where Microsoft Stack rules as it has been developed keeping the testing scenario in mind.The testing process is seamless andASP.NET MVCwould give you many reasons to smile.

Visual Studio and Its Invincibility

If the above reasons aren’t enough to impress you,Microsoft Visual Studio’s IDE (integrated development environment) seals the deal for Microsoft Stack. If LightSwitch is perfect for developing simple business apps, Azure opens your opportunities on the cloud. This makes it the one-stop platform to develop and deploy all kinds of applications. The steady and easy to use interface adds to the fun of development and allows developers to cut down on the turnaround time.

SQL is Still Better Than Competition

Generations of developers have been familiar with SQL Server and if the trends are anything to go by more generations would bank on it to store data. The new range of features that include mirroring, backups and replication still makes it your best bet when it comes to data storage. It is the most trusted entity in the backend as of today as it was years back. It integrates seamlessly with Microsoft stack and allows rapid development and deployment.

Though we have discussed community support in the beginning of this piece another benefit that deserves mention is the kind of support environment that the company has created across different platforms. When you are using any Microsoft stack tool you can be rest assured to receive live support and even on-server support should you need it.

Microsoft Will stay In the Game

Though open source frameworks have come in hordes, they are disappearing at the same pace or in other times fail to be in sync with the changing needs and demands of the market. As a developer solely relying on these frameworks can be a risky proposition. When you opt for Microsoft Stack you can be rest assured that the technology would be there in future or evolve into something better. This keeps your future secured. Your app development project would immensely gain from Microsoft Stack and this is the reason thousands of developers around the world have shown confidence on this platform. As a business you would need to hire a .Net Development Company with a proven track record for best results and that’s where we fit in. At Semaphore Software we would maximize your possibilities with our app development services. Drop us an email at info@semaphore-software.com to know more.