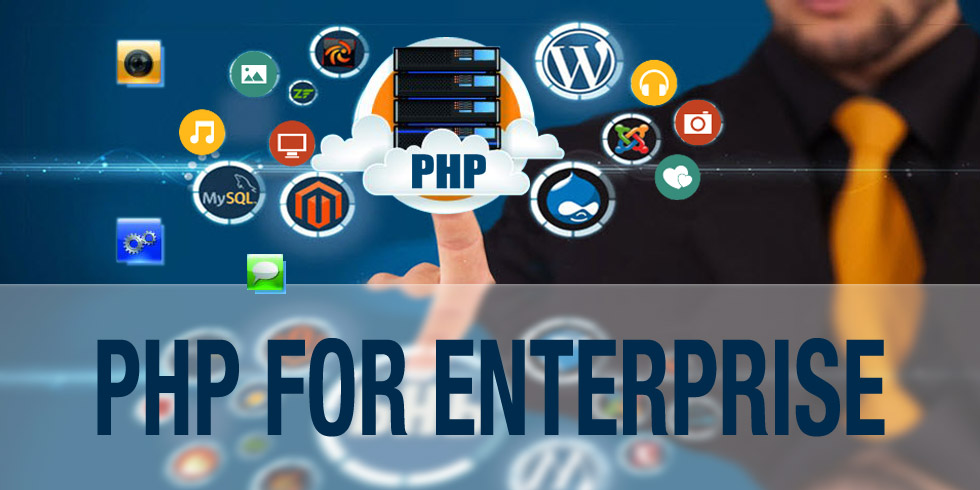 PHP has established itself as a reliable, server-side dynamic framework and is being widely used for open source programming. In the past few months, PHP has received an impetus from several factions – from ZendFramework continuing to offer its unending support, to a more recent partnership with Microsoft – PHP is poised to take on the competition. Naturally the most pertinent question in such an environment is whether PHP is finally ready for the enterprise? While, at many levels it does look like PHP is ready to take the enterprise world by a storm, the path is definitely not without a few inherent difficulties.

If PHP is to become enterprise ready (assuming that it already isn’t), it has to take the competition seriously. PHP was essentially scripted for Internet development which is known for its heterogeneous and short transaction life. With the mushrooming of many PHP development companies around the world, it is evident that PHP has achieved what it sought to. But, the question still remains what about the competition? PHP’s main competition is Java – which is the de-facto choice, both for academicians and within the enterprise arena. While, Java developers are regularly seen to have a more formal background, and thus it is believed that they are more disciplined, PHP developers consist mostly of self-learners, without any formal academic backing. There’s a wide gap between these two programmer segments, and there is a natural affinity towards Java Programmers in most companies. This is changing in present times, with PHP creating a space for itself among Java loyalists Much of this has happened because Zend Framework continues to support PHP.

Though PHPhas been around for quite some time now, the industry at large hasn’t openly accepted its maturity level yet. This is one of the major roadblocks that is stopping everyone from accepting PHP to be enterprise ready. However things are slowly changing. Zend Framework lending its support has already boosted PHP’s cause and with Microsoft joining in, things are looking even better. There are some obvious questions being asked with Microsoft supporting PHP, since it already has its own programming framework – .NET – which is one of the most used frameworks in the enterprise domain. According to both Microsoft and Zend, there is no apparent competition between the two – since .NET is already established and PHP is still making its mark. At this point of time, we have to take this matter at face value. PHP is known for offering innumerable advantages. It is open source, which means it’s easily available. PHP is also cross platform and works well across operating systems and it is perfectly suited to develop dynamic websites. Moreover it has numerous frameworksthat not only save developers’ time but also helps maintain and improve quality.Several well-known Internet companies are already using PHP – from Facebook to Google, Wikipedia to Yahoo, WordPress, Dig, Flickr and many more. Considering all these factors it can be safely said that PHP is ready for the enterprise and very soon the adoption rate will be higher. If you want to hire PHP developer for your enterprise, you can get in touch with Semaphore Software at info@semaphore-software.com.