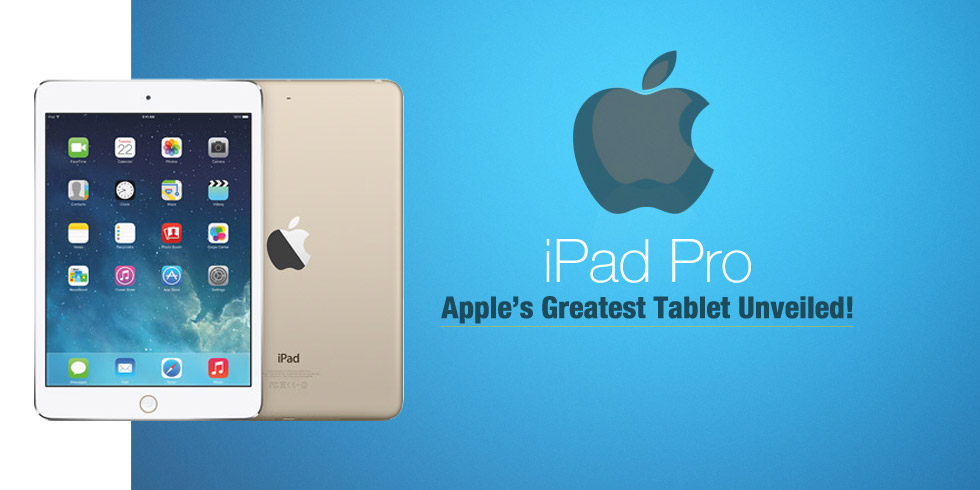 Here is the iPad Pro, which is touted to be Apple’s latest and greatest tablet. The iPad Pro was introduced during the fall event held on September 9. As expected, it features a fantastic 12.9-inch display coupled with a few neat features tucked within its hood which makes it stand out. The iPad Pro, according to Apple honcho Tim Cook is the best thing since iPad and it can run iPad Air apps side-by-side too. It is aimed for Apple lovers who are used to this gadget.

The iPad Pro is like a bigger iPad Air, and features a strong aluminium casing, extremely thin bezels and beautifully curved edges. With a 2,732 x 2,048 display, it can display better and can even take advantage of split-screen multitasking, which means two apps can run side by side. It can even take advantage of the new features like the picture-in-picture video playback that has been recently introduced with iOS9. It compares favorably with the 12-inch retina MacBook. But, both devices are powered by very different operating systems, Macbook OS X and iOS respectively. The iPad Pro features a front and rear camera along with two speakers, one is placed at the top and the other is placed at the bottom of the device (four speakers). It also includes a Lightning port, a small headphone jack, beautiful side buttons, Bluetooth and Wi-Fi. The cellular model is available with LTE, and this is a differentiating feature.

iPad Pro – The Intrinsic Power of the Desktop Class

The iPad Pro includes an A9X chip, a 64-bit chip with 2GB RAM and immensely quick flash storage. The tablet is expected to be 80 percent faster than the portable PCs that have been launched in recent times. It also includes 10 hours of battery life. It is a bit thicker compared to iPad Air and weighs just about 1.57lb. With 78 percent more screen real estate than the iPad Air 2, the design is dead-on and viewing becomes increasingly easy with the new model. iPad Pro is available in Gold, Silver, and Space Gray colours. The internal hardware of the new gadget is on par with desktop-class systems. The light weight nature of the device and its enormous touchscreen helps enhance the impact of working with diverse applications using its incredibly intuitive touch-based input methods.

The Flexibility of iPad Pro with Accessories

iPad Pro is useful enough for all types of creative and productivity-based tasks. It also includes the newly designed stylus from Apple that is called the Apple Pencil. The Smart Keyboard is another accessory for the iPad Pro, and many companies have lined up with their versions for the same. The accessories and the iPad Pro were built together, so they work together in incredible ways. The accessories are optional but, with the Smart Keyboard and the Apple Pencil, you get an added layer of flexibility for working on the iPad Pro.

The iPad Pro will be available in the markets in November 2015, although the launch date has not been fixed as yet. The iPad Pro is priced at $799 for 32GB Wi-Fi-only model while the 128GB Wi-Fi-only model is priced at $949. The 128GB Wi-Fi + Cellular version is the highest priced gadget in the segment at $1,079. The iPad Pro’s accessories will be sold separately. The Apple Pencil will cost $99, while the Smart Keyboard will be available at a pricey $169. 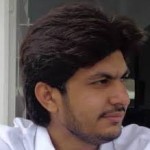 Keval Padia is a Founder & CEO of Nimblechapps. He is a Mobile Game Developer, with acute knowledge of Mobile Game Design and User Experience Design. His vision is to become the best iOS development company, which can transform people's idea into fully functional application at a very affordable price.