What Benefits Does IoT Take from Satellite Communication? 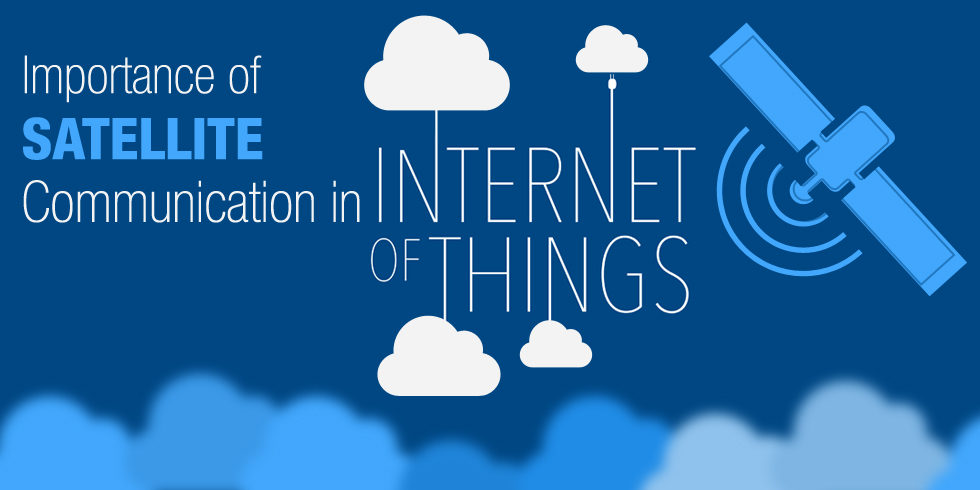 The Internet of Things (IoT), as its name implies, relies heavily on the Internet, but another technology has played a vital role in helping the connected global economy develop, and that is the satellite technology. While many consumer-centric devices rely heavily on the mobile networks, which are terrestrial-based, business-centric applications often need the greater reach and reliability offered by the satellite technology. Here are some services and benefits that come directly from satellites, without which the Internet of Things just wouldn’t survive.

One of the ways modern businesses use the Internet of Things and the related tech it has developed, is to connect the businesses that extend across various geographical areas. Monitoring assets, communicating with remote facilities and managing unmanned, remote sites can all be done through the power of connected technology. Without satellite technology, none of this would be possible. This, then, would greatly increase the expenses that the modern business faces, or would end up preventing certain operations from happening in the modern business world.

To the average observer, terrestrial mobile networks appear sufficient to cover this need, but this is not the case in all areas of the world. Off Comm News indicates that large mobile providers have been providing this type of connectivity with great success, but “the story is different in areas where mobile network coverage is patchy, or in geographies like North Africa, the Nordics and deep into the Eurasian landmass, where it is often non-existent.” In these instances, satellite may be the only way to track assets or communicate with facilities.

Imagine a future where sensors on trains allow a remote manager to monitor location, speed and even the cabin temperature as passengers travel to and from work. Imagine a world where cargo vehicles and even ships at sea have sensors and connectivity to allow them to stay constantly on the radar of their dispatcher back at the office. This is no longer a future scenario, thanks to the Internet of Things.

However, this type of innovative mobility requires the ability to reach vehicles no matter where they are, even if they are in remote areas far from base operations. Again, mobile networks break down in many parts of the world, and satellite technology is necessary for the connected devices used to track vehicles in this way to actually function properly and continue to convey the data they are designed to convey.

As companies develop more and more devices and services connected to the Internet of Things, those same companies need a way to ensure that the services they provide are going to be reliable. Satellite technology allows more reliability for IoT devices and services than land-based networks alone. For applications that demand always-on connectivity, satellite integration is essential.

Similarly, speed is becoming increasingly important to IoT developers and the people who use their services. According to Randy C. Roberts of Bosch, “the emergence of IoT is therefore driving up the demand for high broadband speeds to support bandwidth-intensive applications in real time. Users need to invest in mobile satellite equipment designed to deliver industry-leading broadband speeds with ease.”

Machine to Machine (M2M) communication is paramount to the Internet of Things landscape, and satellite technology is foundational for the development of this technology. According to NSR, by 2023 the world will have an estimated 5.8 million satellite M2M and IoT connections. Because M2M communication must be reliable, these applications often rely on satellite, rather than terrestrial networks like many consumer-facing devices and applications.