Hadoop Vs. MongoDB: Which Platform is Better for Handling Big Data? 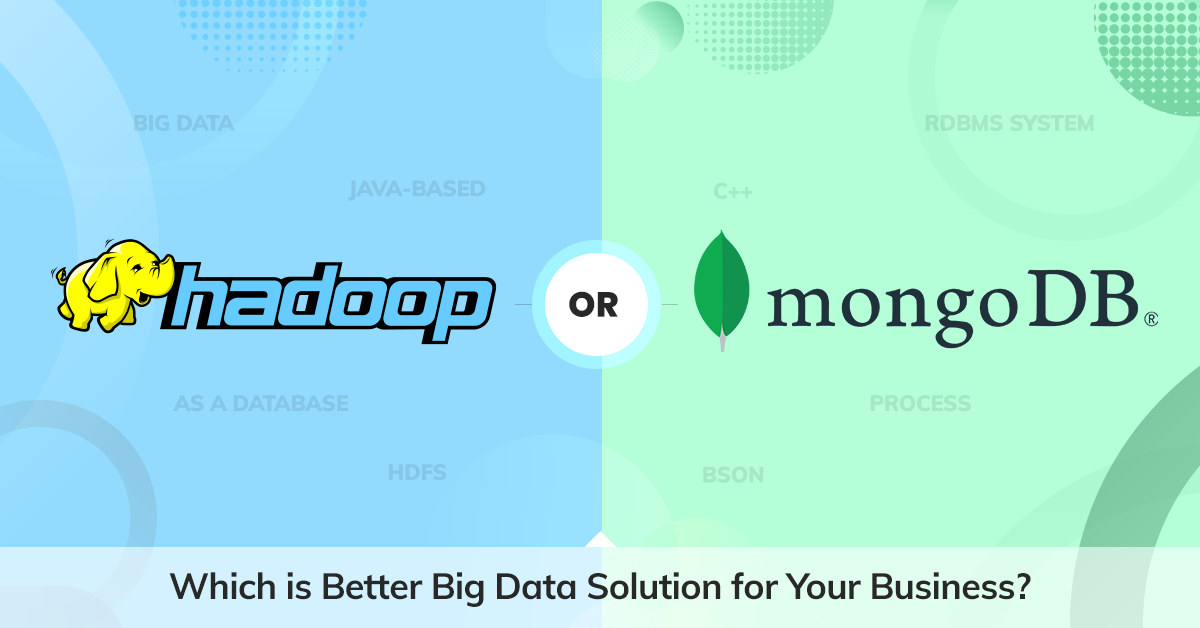 What makes us think about implementing big data solutions in the business system? Well, it is the amount of corporate data that keeps on doubling in size every two years! It is expected that the available data will reach 44 zettabytes by the end of 2020. Big Data platforms like Hadoop and MongoDB can remain handy in managing such a massive amount of data. Though both these platforms have some similarities including Spark compatibility, MapReduce, parallel processing, etc. they are quite different when it comes to store and process data. 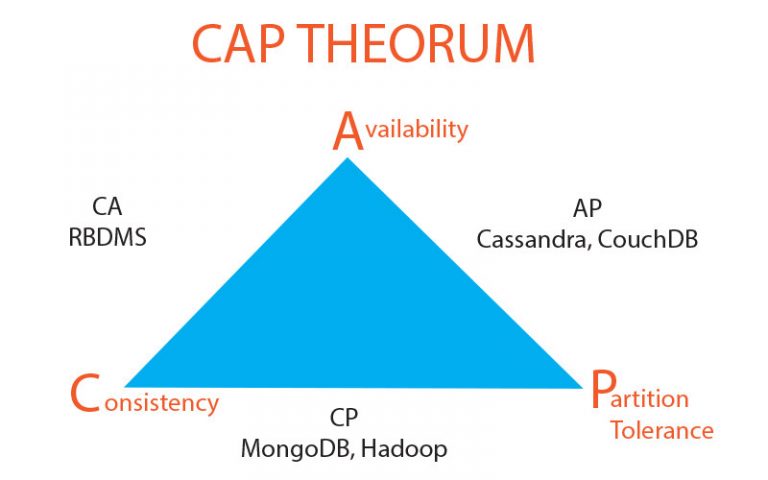 Eric Brewer has given the CAP Theorem back in 1999 for data processing. As per this theorem, the data processing platforms are classified among three aspect- availability, consistency, and partition tolerance. Talking about Hadoop and MongoDB, both these big data solutions are offering excellent consistency and partition tolerance. But, they lag behind an RDBMS in data availability. After having this information, let’s have an introduction to MongoDB and Hadoop.

10gen had developed a cloud-based app engine in 2007. It had two components namely Babble (thee app engine) and MongoDB (the database). Out of them, the company released MongoDB as an open-source project, which soon got huge support from a growing community and started growing as a robust Big Data solution. It is fair to mention that MongoDB is basically a general-purpose platform that can be utilized for a variety of use cases. It is designed to replace or improve RDBMS systems.

Unlike MongoDB, Hadoop was developed as an open-source project from scratch. Doug Cutting has created this project in 2002. However, it was officially released in 2007 as a platform for processing a huge amount of data across various clusters of hardware. Hadoop is not designed for replacing traditional RDBMS systems, but it can be considered as a supplement to these systems. Hadoop has also replaced archiving systems and it has various use cases.

Top Points of Comparison between Hadoop and MongoDB

Here we give a table to go through the key differences between these most popular big data solutions.

To add a caption to a table, use the caption tag.

Apart from these differences, a major difference remains in memory handling. On one hand, MongoDB can efficiently handle memory but lacks in optimizing space, and on the other hand, Hadoop is not much efficient in handling memory but excels MongoDB in optimizing space utilization. What’s more, though both these frameworks are open-source, MongoDB is more cost-effective as compared to Hadoop because MongoDB is a standalone product but Hadoop has a range of software.

A research report has revealed that the market of Hadoop is expected to grow at 40% CAGR over the next four years. Hadoop development solution is cost-effective and capable of handling a pile of structured and unstructured data. An open-source Hadoop platform has enterprise-friendly features like the distributed file system and fault tolerance. On the other hand, MongoDB offers flexible data sharing as a distributed database.

Simply put, Hadoop is an analytical processing system, whereas MongoDB is a transaction processing system. Hadoop is capable of managing high-latency and high-throughput data. In other words, Hadoop should be a choice for large-scale processing application. But, if there is a requirement of low-latency and low-throughput data management, the MongoDB development company can help you out. It is because MongoDB is designed for real-time data mining and processing.

We, at Semaphore, offer the best-in-class big data services to meet your business requirements. Our range of development and consulting services span Hadoop, MongoDB and Spark to address data complexities and improve operational efficiency. If you want to know more about our robust enterprise data solutions or flexible engagement models to hire Hadoop or MongoDB developers, simply send us an email at info@semaphore-software.com and start the ball rolling!