How Android Fragmentation is a Huge Problem 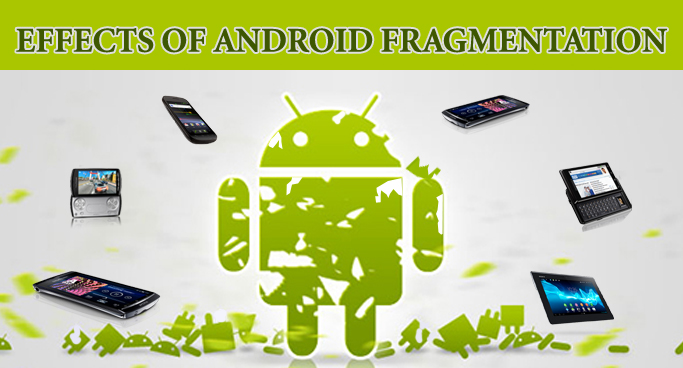 Android is the largest and the most popular mobile platform with an 81% of the global market share in 2014. But it has some issues too; one of which includes fragmentation. Fragmentation is without a doubt, the biggest trouble that the entire Android ecosystem is facing. Android fragmentation is the availability of wide variety of Android devices and OS versions, leading to interoperability problems. As per the report by OpenSignal on Android Fragmentation of this past August, there were 18,796 distinct Android devices, which were 11,868 in the year 2013, with different Android devices running on different OS versions. Android OS is run on a wide range of Smartphone’s and Tablets, made by different manufacturers and all of them run on different OS versions. No doubt, this was the key reason due to which Android was able to capture a huge market so rapidly, but it also led to problems for Google. Have a look at the main issues, which the Android ecosystem is facing due to Android’s fragmented market.

Android is open source and that is its biggest strength. Fragmentation is the reason why Android has been able to achieve huge success. It definitely has some drawbacks, where the fragmentation caused due to different devices probably doesn’t seem to go away in near future. Google however is trying to overcome the fragmentation issues on the OS side by taking significant steps. Semaphore Software is a leading Android app development company, having expertise in building innovative Android apps. Our Android app developers are experienced in crafting dynamic apps for the latest Android versions including the Lollipop 5.0 & 5.1 versions, by using latest tools and techniques. Get in touch with us through info@semaphore-software.com to get end-to-end Android app development services!!