The Ultimate Guide to Bolt Security in Drupal 8 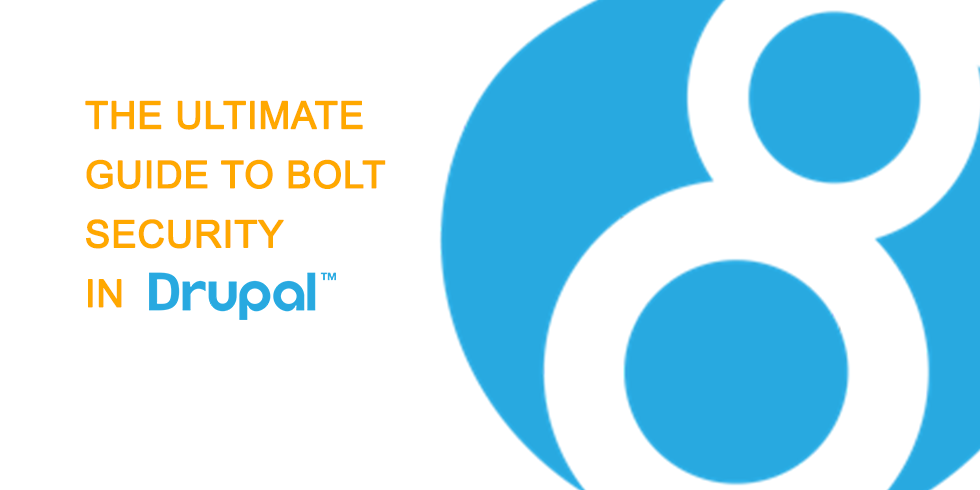 We have already discussed what Drupal 8 means to the enterprises and the developers. Please read, How Drupal 8 Will Impact Developments, to get an idea about the same. Drupal 8 has reinvented itself to match the strong needs of the enterprise. It has revamped the content authoring feature to make it more elegant and appealing. Functional websites are a result of the performance needs fulfilled by Twig. Drupal has always represented strong security elements. Here’s a way you can make your Drupal 8 platform completely secure.

Want to escape XSS vulnerabilities in your Drupal website? It’s going to be easy with Drupal 8! Twig templates to be introduced with Drupal 8 will separate the business logic from the presentation, thus making validating 3rd party themes easy and convenient. Twig does not allow you to compile the SQL queries or access Drupal’s API, thus making security the primary concern. If certain strings are not marked safe, then Drupal’s Twig will neglect these variables with auto escaping feature, which will prevent the XSS vulnerabilities, which have affected Drupal code in the past.

No PHP Input in Core

Finally, Drupal 8 has removed PHP input from the core. In Drupal 7, when you imported View, you had to import an executable PHP code. In case you wanted to execute customized block visibility settings, you had to include a PHP snippet. No longer do you need PHP to execute trivial settings or modules with Drupal 8. This can be considered as a best practice for Drupal developers, as well as sigh of relief.

With Configuration Management Initiative (CMI) which has been introduced as part of Drupal 8, things that needed a PHP code in Drupal 7, are being managed with a difference. With YAML, Drupal 8 has introduced a new export import format for the files. You can manage the code and check into the revision control system easily with this new format. You are now able to track configuration in the code with CMI, which makes it easy to have an auditable history. As an enterprise, you need more authority on your configuration, which is offered by this transformed method of inducing and tracking configuration within the system.

You can ask how this security enhancement in Drupal 8 is. For this, you need to understand how text inputs and this editor work? WYSIWYG is a usability improvement for this platform. But, as they say, with good things comes greater responsibility. This editor also allows you to access full HTML text format, which makes your interface vulnerable to XSS attacks. To avoid such a situation, WYSIWYG comes with a text filter, which allows content only when it is in the allowed list. The core text filtering also prevents cross site filtering forgery, and other attacks likely to occur on the images being used.

The variables in Drupal 8 are not longer being rendered as Javascript. Instead, they are added to the page as JSON data. This has allowed for a strict content security police, which has reduced XSS attacks by enforcing site restrictions on the browser.

Drupal 8 can set restriction on the compiler. The PHP files can send one SQL statement at a time to MySQL to be executed. This would reduce the severity of the vulnerability SA-Core-2014-005 that occurs in MySQL, thus reducing errors in execution. It’s time enterprises consider Drupal 8. Drupal is known for security, and with Drupal 8 the security is bolted to the core. At Semaphore Software, we have a strong Drupal development team which is ready to offer you excellent websites that are suited to meet your needs. Get in touch with us with your requirements via info@semaphore-software.com.