Why Drupal is Popular in e-Governance Websites? 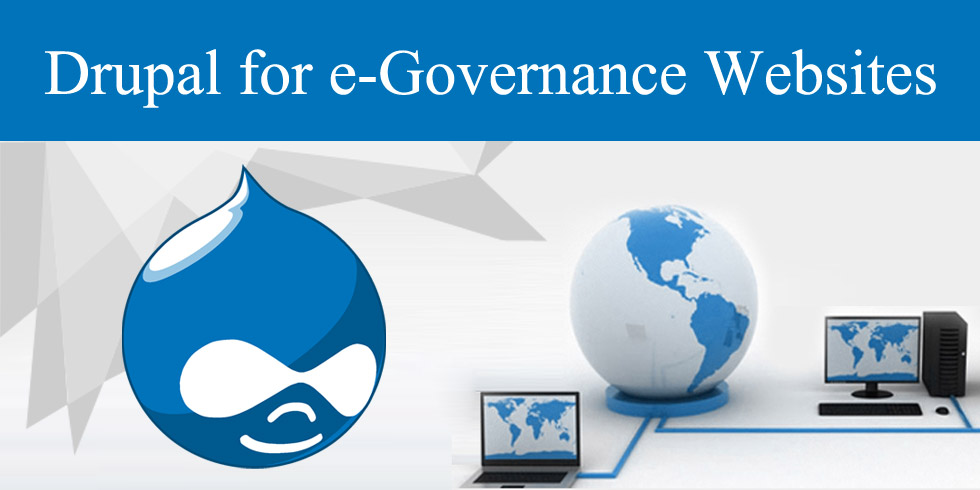 Governance is a tough job but with the intervention of technology, several things can be streamlined and brought closer to the people. Digitizing is a step that has helped improve the government’s reach towards its citizens. e-Governance is not only a requirement but also a necessity in today’s digitalized world. But adapting to a new technology has never been easy, especially for government departments who have to fight stringent bottle-necks to ease accessibility. Drupal is considered to be one of the most competitive, popular and open source content management systems that are powering millions of websites, many of which are government websites. When the White House chose Drupal to re-launch its website in 2009, it gave the CMS the major boost it required. Today NASA, the Prime Minister of Australia, French Government official portal, New Zealand government and several other government websites are running on Drupal. The obvious question that pops in one’s mind is why are Drupal services popular in e-Governance?

One of the primary reasons why government organizations have started using Drupal is because it is a cost effective solution. It is an open source platform maintained by thousands of developers from around the world. Drupal can be freely downloaded, used and shared without having to pay a single penny for setting up the basic infrastructure.There are thousands of extensions and modules freely available on the Drupal community. If that’s not all, the technology behind Drupal is regularly updated and bugs are fixed on a regular basis. Thus in more than one way, government departments save up a lot of money by not using licensing and propriety platforms.

One of the major concerns for government departments while setting up a website is security. Since a government website deals with large amount of sensitive data, the security parameters are very stringent. In this regard, Drupal is one of the safest choices available for e-Governance websites. Thanks to the hundreds and thousands of developers, Drupal development and security is in safe hands. Any security gap is addressed on a regular basis and fixed quickly. Moreover with automated code review, community review and so on, Drupal offers a secured environment for government websites. If it wasn’t so, the White House website wouldn’t have been hosted on Drupal.

The different government departments have different reasons for launching a website. Some provide just basic information about the department and the work it does, while some others require interactive platforms that bolster citizen involvement. Then again large databases are a necessity for certain departments. Thus the requirement of various government departments is different. Drupal offers community-driven, innovative solutions that seem to be tailor-made for a particular department. Drupal also allows government agencies to break the shackles of collaborations with private developers who levy huge charges for providing one-of-its-kind solution. Semaphore Software has both experience and expertise in Drupal Development. Government agencies and departments can take the help of our services to boost their e-governance initiatives. Contact us through info@semaphore-software.com to know more.