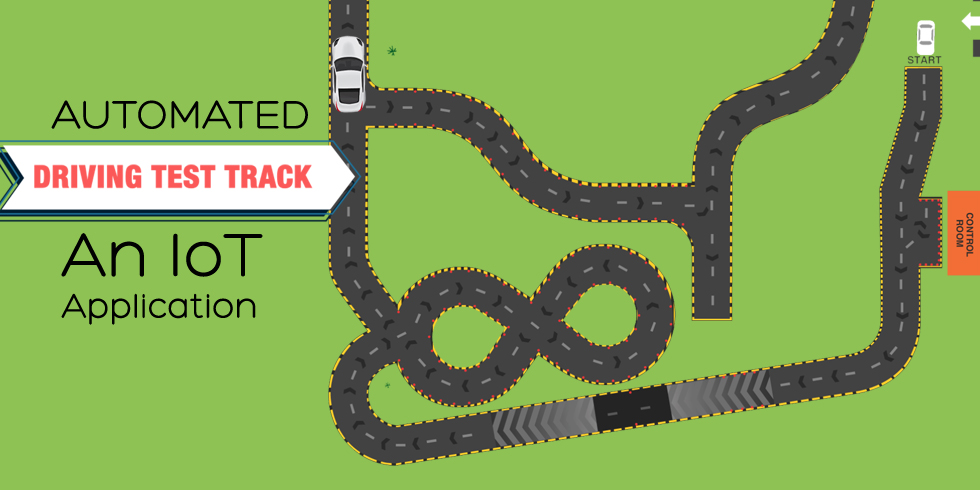 Internet of Things has spread its wings in definitive quarters, where capturing sensitive data and easing out complexities has become essential. The capricious and visible changes in the data need to be automatically fueled into the system. Commissioner of Transport, Government of Gujarat, India wanted to automate the driving test track, to reduce manual interference and have unbiased results. The solution offered, proved to be a perfect example for an Internet of Things application, where different devices are connected over a network to capture data and then process it to generate Driving Test results.

Earlier the driving test used to be a manual process with human intervention. One had to take an “8” driving test to prove your ace in driving a Two Wheeler or Four Wheeler. A single Inspector would be the judge of the capabilities of the driver, and also check the errors committed in the process. This process needed to be automated for several reasons. A human intervention would simply hint at biased or erroneous judgment. The manual processes were not completely transparent, and the only record that was held of the process was what the Inspector logged. The test was also simple and only a single test would be conducted- a driver had to drive the vehicle as in “8”. Again, the long queues could not be avoided in the process as there was both human and infrastructure related limitation to the process. To ensure accuracy, transparency, speed, bias and human interference in the entire process, there was need to automate the driving test track.

The solution offered aimed to remove the limitation that arose from the earlier manual solution, which is inaccurate readings and biased results. This solution has been categorized under internet of things because of the way the different technologies used within it aim to capture the data, and send results on a real time basis.

The Technologies that are Connected

How the Solution Works?

The different technologies communicate over a network without the need for computer or human interaction, which is why the results presented include high levels of accuracy In case, the candidate fails in the test, he/she can reappear in 7 days.

Benefits of IoT in RTO