ASP.NET vs Java: How to Select the Right One? 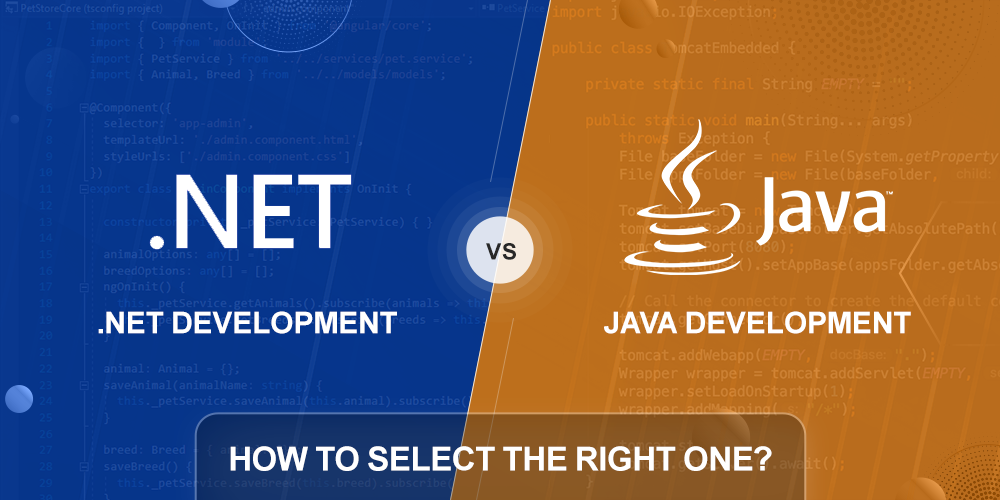 When it comes to building web applications and websites, businesses tend to choose either Java or .NET. As highly popular programming technologies, ASP.Net development and Java web development both enable you to come up with user-friendly desktop apps and robust web solutions. But then, choosing one between these prominent languages can be quite a task. At times, even developers get confused in selecting the most suitable development framework.

Here we are going to compare ASP.NET and Java to assist you to select the right one for your new web project. We will take primary differences to understand the key characteristics of both Java and. NET.

Fundamental Differences between ASP.NET and Java

From operating systems to support for other programming languages, both these frameworks have certain differences. When you hire dedicated developers for either of these technologies, you can get more ideas about these differences.

Java can run on any operating system thanks to its compilers and JRE (Java Runtime Environment). This framework follows the principle of “Write once, run everywhere.”. Java has Java Virtual Machine that enables Jhe ava web development process to run the code on any platform with any operating system. But, .NET runs only on the Windows OS and its different versions. Though .NET has a few open-source versions, it primarily focuses on Windows users.

In other words, Java has an upper hand over .NET application development because this framework is platform or OS-independent.

Support for Other Languages

Here, .NET gives more compatibility with popular languages like F# and C#, which is beneficial for developers while working on enterprise-level web solutions. On the other hand, the J2EE framework has Java as the default language.

Integrated Development Environment or IDE is a software solution that provides the necessary tools to create and test various applications. When it comes to comparing Java and .NET platforms, IDE plays a vital role. 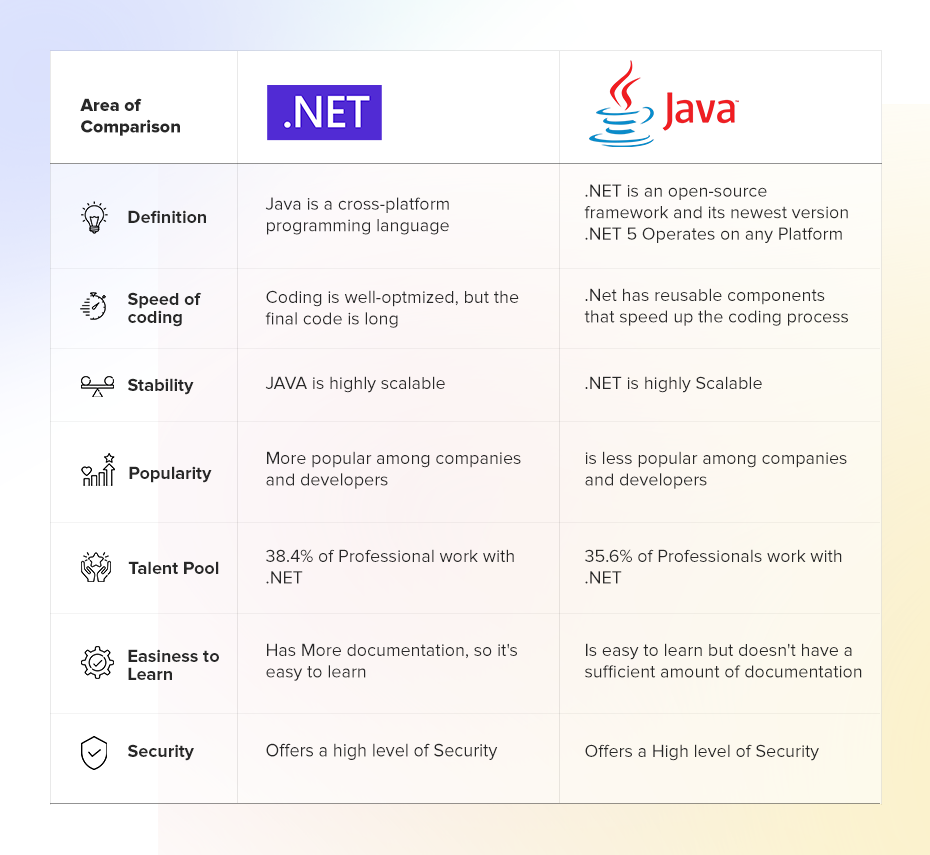 Let’s go through the differences between ASP.NET development and Java web development from the perspectives of performance and advantages.

Java vs. ASP.NET- Other Important Points of Differences

Performance Difference between Java and .NET

Though Java and .NET have many similarities because of the same syntax based on C and C++, Java is platform-independent. Simply put, unlike .NET, you can run Java code anywhere.

.NET is a general-purpose and relatively simple programming language that supports array bounds, collect garbage, and type checking. This framework offers more durability and efficiency than Java. With Java, you can only highlight unchecked and checked expectations.

Advantages of Java and .NET Development

Java has its set of advantages. As a portable platform, it offers developers to choose the operating system before initiating web development. Also, Java gives flexibility to developers for choosing necessary tools without worrying about issues related to compatibility. On the other hand, .NET is a unified platform backed by Microsoft. When you hire dedicated developers for a .NET project, they can find most of the IDEs and necessary tools for your project with ease in the Microsoft Developer Network. In a way, the .NET platform gives horizontal scalability.

Another benefit of  Java apps is they can integrate with other solutions more easily as compared to .NET apps. Continuous Integrations solutions like Jenkins and Travis CL work wonders in Java to enable your business app to integrate with third-party solutions. Also, the developer community of Java is expanding at a rapid pace globally and you can get its support on a 24/7 basis. You can also hire Java developers to migrate your apps across different Java platforms. Backward compatibility of the Java platform makes it possible for you.

Migrating to .NET is more expensive as compared to Java and other frameworks. But then, Java has more potential security threats and platform-agnostic web solutions based on Java face these threats more frequently as compared to .NET applications.

Java was created back in 1995. Ever since it has remained one of the most popular technologies in the developer’s world. Java has an active community of dedicated developers worldwide so that it is easy to get support as and when necessary. On the other hand, .NET has gained less popularity in the beginning due to its exclusivity for Windows. However, with the change in Microsoft’s stance, the platform has found a new wave of web enthusiasts.

Both Java and .NET are the top performing platforms. It is better to consult a renowned web app development company for selecting the right platform for your upcoming web project. You can identify your goals and requirements before consulting such a company to get a clear roadmap for your project with the best possible decision.

Semaphore Software is a well-known .Net application and PHP application development company. As a reputed and reliable outsourcing partner, we provide a 360-degree solution for all your IT requirements. You can hire dedicated developers to build feature-rich and future-ready business applications. Drop us a line at info@semaphore-software.com to know more about our services.