7 Introduced Versions of ASP.NET and Their Innovative Features 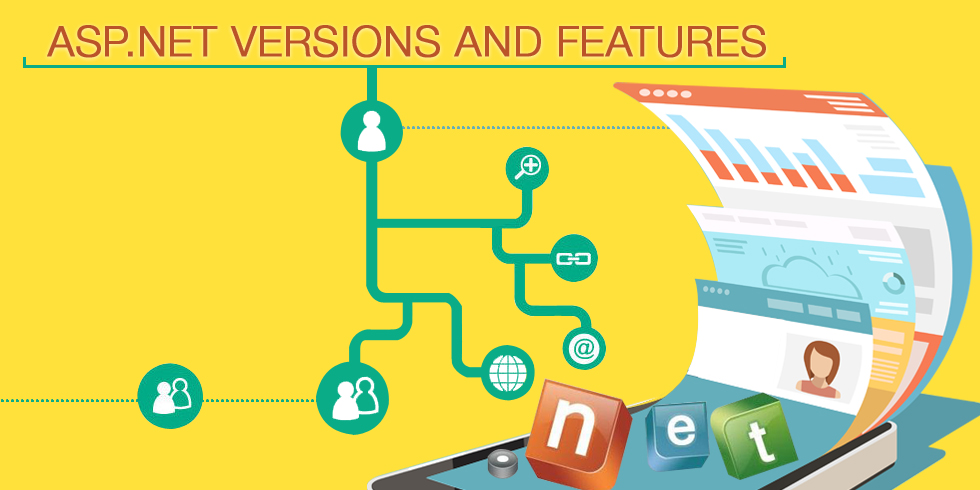 Helping thousands of web developers in developing astonishing web applications, ASP.NET is one of the leading web development frameworks. The initial version of ASP.NET was released in 2002, and many web development experts had admired its features. To combat the changing web technology, ASP.Net has undergone significant changes. Currently, you will find close to 7 different versions of this framework. Recently, ASP.Net5 was released in early 2015, raising the count to 8. Here you will learn on the seven different versions of ASP.Net and how they promise to raise the bar for your business.

It was the first ever version of ASP.Net. It was released in 2002 alongwith Visual Studio.Net. It is where the revolutionary changes in web technology were initiated, which are still on. ASP.NET 1.0 allows web developers to build object-oriented web pages and application. With the initial version of ASP.NET, you can apply DLL class libraries in the web development.

This version of ASP.NET was intended to provide fixed support for ODBC and database. It was released in 2003, and it supports IPv6 (Internet Protocol Version 6). Maximum developers have used it for ASP.NET mobile controls to carry out better web development work for their organizations.

Released with Visual Studio 2005, ASP.NET 2.0 offers multiple charming features for web development. You can have new data controls like GridView, FormView and DetailsView plus navigation controls and many other imposing features. This version supports themes, skins and login controls. ASP.NET development services have utilized the complete features of this framework to enhance the impression of web apps.

This version of ASP.NET provides incorporated ASP.NET AJAX, and it also supports LINQ. It was released in 2008, and it was designed to be better than its predecessor. It comprised of innovative data controls and multi-targeting framework support. Many web and desktop apps were built on this framework to enhance user experiences.

Initiated with ClientMode feature for server control and Meta Tags, ASP.NET 4.0 helps in developing SEO friendly web pages. It was designed and introduced in 2010. You can add Meta Keywords and Meta Description in the web pages to improve the visibility of your website in the online search.

This version of ASP.NET framework has made it easier to develop exceedingly scalable, best-performing web pages. ASP.NET developers have introduced some new features with this version like innovative data controls, courteous validation, async and wait and friendly URL. Such features were needed to develop more efficient web apps for online businesses. ASP.NET 4.5.1:

This framework was introduced in 2013 with some interesting features. The developers have tried to enhance app performance and improve the debugging process in this version. ASP.NET scaffolding and ASP.NET identity are features, which have attracted ASP.NET development services towards this new version.

It is definitely a delightful platform to work on. With the interesting amalgamation of features, and yet another version release i.e. ASP.Net5, this framework definitely gives developers something to look forward to. ASP.NET development companies apply the best suitable version to provide tailored web apps to their clients.

Semaphore Software is a leading ASP.Net development company that offers a range of tailor made solutions for its clients. To gain more information on the same contact us on info@semaphore-software.com