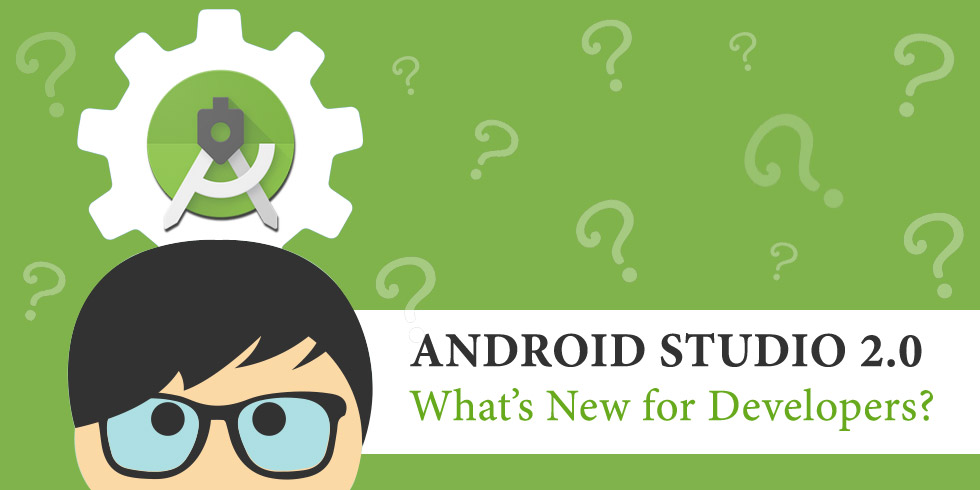 When Android Studio first arrived, it was a big update for developers, who loved creating apps on Android. This advanced emulator made a big difference in the developer world. A month back, Google decided to upgrade the Android Studio, and released the new Android Studio 2.0. The new version update has received some speed enhancements, which will work best for the developers who required some performance upgrade. The new version is also being upgraded on different aspects, but performance seems to be a major update. Let’s get a sneak-peak into this update, and understand how Google aims to help developers with this update.

This is indeed a performance enhancer for your app development process. Let’s say you want to modify your app a bit. You can make the changes, and incorporate it to the live and running app instantly with Android Studio 2.0’s instant run feature. Of course, you can check the changes instantly on the emulator too. Any new project that you have created with this emulator will be stored in it. Have a pre-existing app in the projects, then go to Settings>Build, Execution, Deployment> Instant Run. Enable the instant run feature here. With this, you would have set the correct gradle plugin for your project. You can make the necessary changes to the source code, and press run to deploy the changes to the live app. Let’s say you are not using Instant Run feature to build or deploy your app. Even then, you will experience a speed which is 2 or 2.5 times faster than the previous version, when it comes to building or deploying your app. Even when addressing small complaints posed by the developer, the new version works faster.

OpenGL ES is necessary for performance enhancement of your Android app. If you want to profile your OpenGL ES code, the GPU profiler which is available with this update makes the task easy. Currently, the feature has not been released with the update, and is still in the preview stages. This feature will not just show the details on GL State and Commands, but also record the entire session. It will offer a walk through the GL framebuffer as well as textures used in the OpenGL ES codes. You will need to download GPU debugging tools package from the Android SDK manager. Set up the profiler and get started. Apart from these two features, there is one more feature in the experimental stage. This allows you to step out of Java Code into C++ Code during the debugging session. There are two SDKs available- the Java SDK and the native (C/C++) SDK. If this feature is enabled, projects can get a heady combination of both SDKs. Currently, Google is looking at Android Studio as the single Android app development tool. The future of Android app development is in Android Studio. This new version will help improve performance and speed of android development. To unleash the capabilities of Android Studio update, you need the right team. Semaphore Software, an Android App Development Company, has an experienced and highly skilled team of Android developers, who would convert your idea into a perfectly crafted app. Get in touch with our team at info@semaphore-software.com.