All You Need to Know About Android Studio 1.3 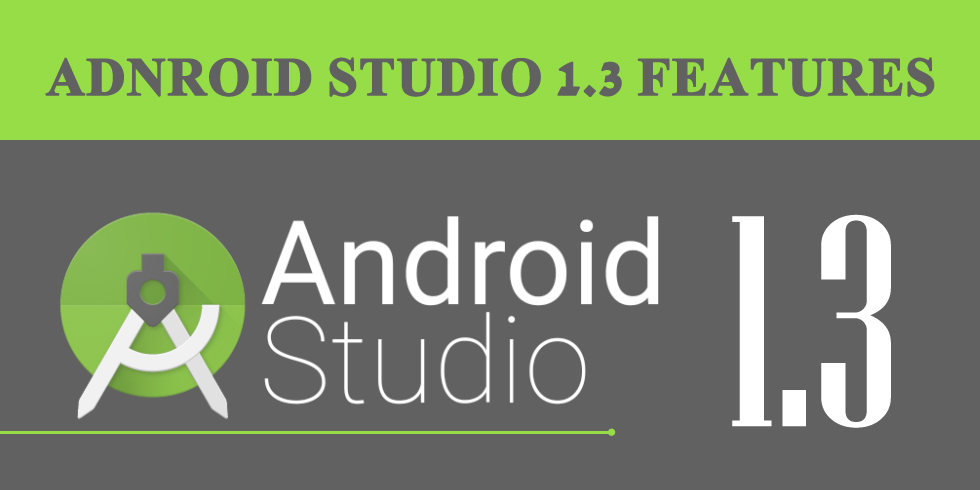 This year at the Google I/O Android released the Android Studio 1.3, the biggest feature release for the year. For developers, this will offer a whole new avenue of features that will help them create apps offering incredible experience. It includes a whole new memory profiler, testing support as well as editing and debugging support specifically for C++. It will be interesting to pay a visit to the new features that come with Android Studio 1.3

Android Studio 1.3 comes with a whole new range of performance and testing tools that will offer you variety of ways to work through the contents of your code, and give out an enhanced version of your app.

Tests within Modules for APK

With this new feature release, you get more flexibility. You can now conduct app testing while placing the code tests in separate modules, and use the new test plugin to perform the test. While you are at it, you don’t need the Gradle plugin 1.3 to perform testing of your app projects

Managing your code as well as Android SDK becomes easier with the release of this new feature Android Studio 1.3

You can reduce the boilerplate code with this feature. You can create declarative layouts and bind the application logic within this layout. Here’s an example of how this feature works

Android Studio offers to manage the Android SDK updates. The new feature release will prompt whenever there is a new SDK or tool related update. You have the option of setting the preferences on the new Android SDK manager.

The Android Studio 1.3 stable release also includes C++ editor and debugger support. This will help support the complex projects, and make it easily configurable. If you are all set to update to Android Studio, you don’t need to change a thing about your Android app projects. You get all the latest features without losing control on the build tools and app dependency versions that you used while developing your Android app. Semaphore Software has expertise in developing Android apps, and designs them to meet your requirements. Contact us via info@semaphore-software.com for enquiries and queries related to Android App development.