Android M Vs iOS 9: How these Next-Gen OS Comparasion 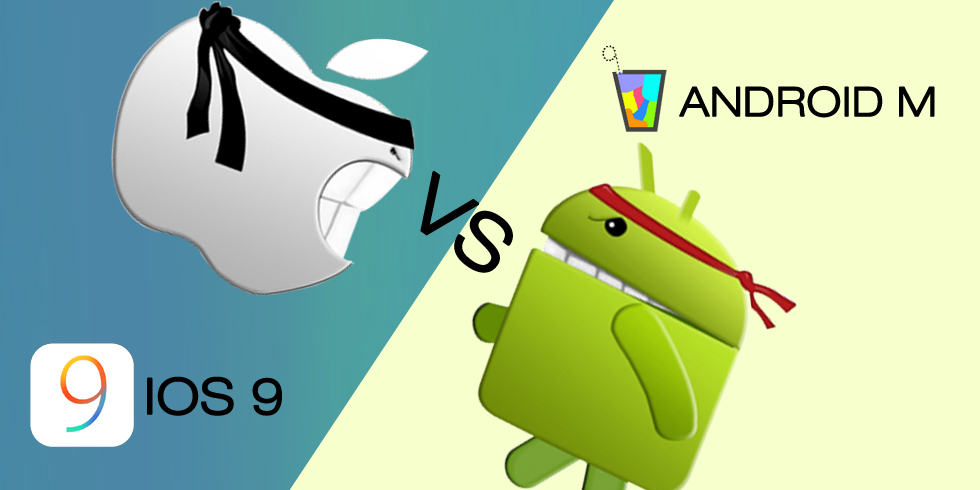 With both iOS 9 and Android M being announced recently in WWDC 2015 and I/O 2015 respectively, the debate over which operating system is better, continues! The introduction of the new versions contains hints for the future of mobile computing and puts Apple & Google’s differing philosophies under spotlight. Countless comparisons have been made throughout the run of both the operating systems, with each wining against the other in different times. As it turns out, there could never be a real winner as both the operating systems have different features to offer, and appeal to different kinds of people. With the unveiling of the new versions, the question has been raised again: how does Android M and iOS 9 compare to each other?

Android M has come out with superior voice recognition. Siri is performing a similar function for Apple. Google attempts to improve voice recognition for search tools, with special focus on better handling of mispronounced words and conversational requests. Voice recognition is a useful technology and benefits the users in their daily life, thus is a welcome decision from Google. It will be interesting to see how it compares with the similar functionality included in iOS 9. Users will thus be able to enjoy Google Now and Siri’s enhanced contextual awareness capabilities with the release.

To revamp its mobile payment system and give competition to Apple Pay, Google introduced Android Pay system. Apple had launched its proprietary mobile payment system to ensure that large numbers of iPhone users utilize the system for the day to day purchase of goods. Google had already taken an initiative in this domain through the Google Wallet system. But then chose to completely re-organize its mobile payment offerings. Android Pay is compatible with Visa, MasterCard, AmEx and Discover cards, while carriers AT&T, Verizon and T-Mobile are also on board. The mobile payment system will unquestionably be a major commercial niche as mobile payments will be a significant part of many people’s everyday life in the upcoming years.

Android M attempts to make app permissions simpler for third party apps by allowing specific apps to specify privacy and security provisions. It thus makes easier for the users to control permissions granted to each application. This is an improvement over previous versions of the Android operating system. When compared to Apple, Google still has a long way to go in order to catch up with its rival as Android M still requests a lot of information from the users, proving to be rather intrusive. Users preferring to keep their information personal will favor iOS 9 over the Android M OS.

Google has promised to significantly update its maps to provide users with new capabilities including introduction of offline features. Apple too is expected to lay emphasis on Apple Maps in iOS 9. Google Maps is the most preferred mapping technology available in the market currently and Apple is trying to shorten the gap by creating brand awareness for its maps.

The new Photos app of Android will compete with Apple’s new Photos app, an application that offers cloud-based image organization. Android M will allow saving an unlimited amount of photos which are up to 16-megapixels in quality, along with 1080p videos. Due to the megapixel restrictions, Apple fails to match the offering of Google but it was the first one to bring its own proprietary application to the market. In conclusion, both iOS 9 and Android M have their own strengths and weaknesses, yet are cohesive and mature. Apple has been able to recognize the areas in which iOS is somewhat weaker than Android M, and has tried addressing them with iOS 9. Apple and Google never seem to become complacent and will retain their fans and detractors. The battle between them certainly doesn’t seem to get settled in the years to come! Semaphore Software is a leading mobile app development company, having expertise in developing apps on both iOS and Android platforms for clients across various industry verticals. Get in touch with us through info@semaphore-software.com to get feature-packed iPhone and Android apps!